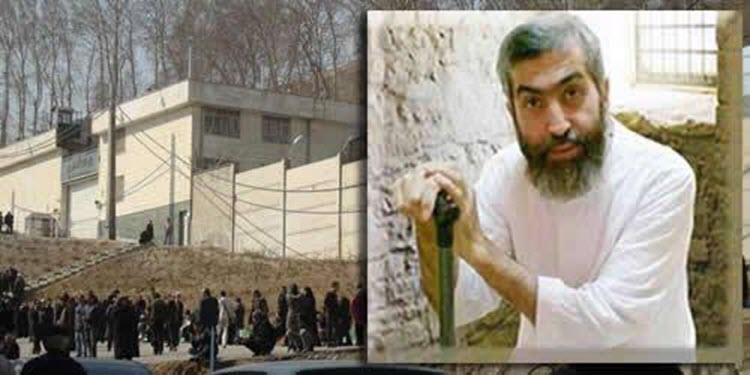 London, 14 Mar – A dissident Iranian cleric, who has been likened to Nelson Mandela, has completed his prison sentence but there are doubts that the Iranian Regime will ever release him.

Ayatollah Seyed Hossein Kazemeini Boroujerdi was imprisoned for his opposition to a political Islam, his support of freedom of religion, and his condemnation of profiting from religious activities, which was a direct contradiction to that of the ruling mullahs.

He also set up many charities to help the poor and those affected by natural disasters.

Until his imprisonment, Boroujerdi regularly drew crowds which surpassed those of official Regime gatherings. This may have been another reason to imprison him- the Regime does not like to be shown up and puts up a façade of popularity to the world.

He was originally sentenced to death, but thanks to international pressure, his sentence was commuted to 11 years in the notorious Evin prison.

Boroujerdi, who has long advocated for the abolition of the death penalty and other inhumane punishments like whippings or torture, has been repeatedly tortured in prison. According to Amnesty International, he has been beaten, thrown against walls and been doused in cold water while sleeping. There have even been attempts on his life.

Despite all of this, Boroujerdi continued to write to politicians and human rights advocates around the world, including the former UN Secretary General Ban Ki-Moon.

He has been denied access to a lawyer or to medical care, and as a result, is suffering from a number of conditions.

Amnesty International wrote: “He suffers from a heart condition, pulmonary issues, diabetes, severe problems with his eyes including untreated cataracts, and kidney stones. His legs are swollen which makes it very difficult for him to walk. His hands also shake as a result of his Parkinson’s disease. While in detention, he has not been receiving necessary medical treatment and has lost a considerable amount of weight.”

Dr Majid Rafizadeh, a political scientist, wrote on the Gatestone Institue: “Boroujerdi’s prison sentence was recently completed, but it is critical to point out that he is still nowhere near free. He is still deprived of basic needs, he is under house arrest with heavy conditions and bail has been imposed on him.”

Gatestone Institute: The horrors perpetrated by ISIS, captured on camera...

Chicago Tribune: As the United States gears up for another...