What Trump Should Do to Counter Iran 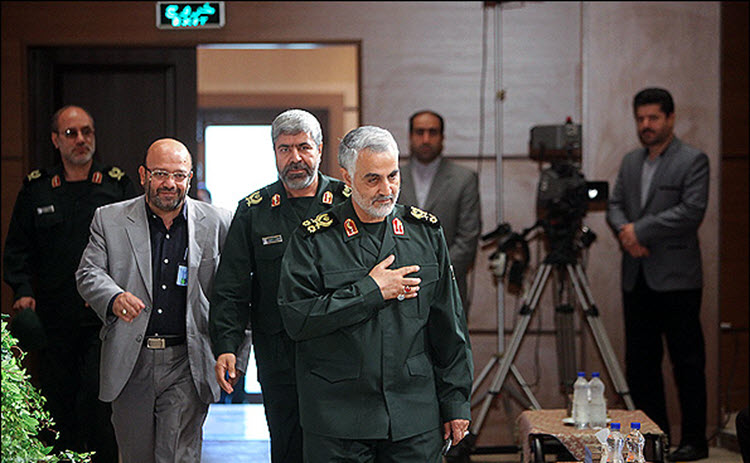 London, 14 Mar – Iran has been taunting the US since Donald Trump took office in January, but just how should Trump respond?

Well, Raymond Tanter, who served as a senior member of the National Security Council staff during the Reagan-Bush administration, and Edward Stafford, a retired Foreign Service officer who focused on political-military affairs, wrote an op-ed for The Hill in which they outlined a strategy to fight Iran: Blacklist the IRGC.

The Iranian Revolutionary Guard Corps (IRGC) should be listed as a Foreign Terrorist Organization (FTO) for their links to terrorist activities which threaten the US, like:

• setting up 14 terrorist training camps in Iran, which was revealed last month by the National Council of Resistance of Iran

• dragging the US into another war in the Middle-East

Also, the Quds force, which is a branch of the IRGC, is already on the list; it makes no sense to have one without the other.

This would significantly cut back on the amount of money that the IRGC would have to commit terrorist acts and could, in fact, spur a truly moderate faction to arise and counter the Regime.

Tanter and Stafford wrote: “Designating the IRGC would make it far easier to constrain its foreign activities, as legitimate businesses would be obliged to conduct due diligence on partners in the regions — even the hint of a connection might induce them to avoid working with those tainted firms.”

They continued: “The interconnected network of wealth and power in the hands of the ayatollahs and the IRGC is indicative of their monopoly over the Iranian economy. Currently, to do business with Iran is to do business with the IRGC. Like any rogue state in which regime elements control the economy for its own benefit, rather than that of the general population, the citizens soon face unemployment, high inflation, near-destruction of the manufacturing sector, wide-scale corruption and stagnant wages — a sure recipe for social discontent.”

By putting the IRGC on the FTO list, the US would not only stop the flow of money towards terrorism but send a message the Iran, that their reign of intimidation is over.