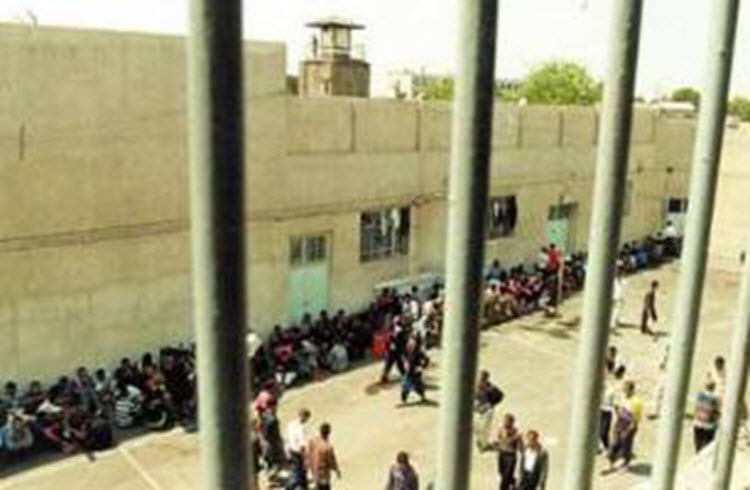 London, 25 May – Iran’s penitentiary chief refers to a 333 percentage increase in prisoner figures between 1985 and 2017. Accordingto Tasnim agency, Asghar Jahangiri said on Monday that Iran holds the second place for prison population among Islamic countries and 6th among Asian countries. Saying that Iran’s world ranking is 41st he added: “prisoner population rate is 174 per100 thousand in Asia and 168 in the World. According to his statement, in Iran this number is 283 persons per 100 thousand.

According to press reports, a considerable percentage of prisoners in Iran are youths who have committed a crime in relation to drugs or robbery.

He added that the population of penal cases is not compatible with the Iranian population and affirmed that “our prisons cannot accommodate so many penal cases.”

He said: “the capacity of our prisons is 88 thousand persons, but now there are 223 thousand prisoners, which is more than twice the prisons’ capacity.

According to him “although the population has increased more than 66 percent between 1985 and 2016 some prisons have had a 333 percent increase.”

Iran’s penitentiary chief mentioned in another part of his speech that “we have several managing, structural and processing problems in prisons.

He said: “sometimes, when they are condemned, their period of detention is more than their sentences, this creates problems.

On Saturday May 4, 2016, Iran’s penitentiary chief announced the population of prisoners is more than 200 thousand and said: Iranian prisons accommodate three times more than their capacities.

Deputy justice Mohammed–Bagher Zolghadr announced in 2014 that with more than 200 thousand prisoners Iran was among the 10 leading countries having the highest number of prisoners.

Also in May 2016, Hamid –Reza Tabatabie Naini, Member of the 9th Parliament announced the number of prisoners to be more than 200 thousand.

It is noteworthy that on May 23, 2017 the secretariat of the National Council of Resistance of Iran issued a statement in this regard:

Prison populace increased five times that of general population, according to prison chief

On May 19th a young prisoner by the name of Ali Shahsavari, held in a ward known as the “Correction Center” of Zabol Prison (southeast Iran), committed suicide protesting the Zabol public prosecutor refusing to provide him furlough at the end of his sentencing. Gholamreza Rezai, head of the prison security, ordered his hands and feet cuffed and transferred to the quarantine section. He was also ordered to be tortured in the office of the prison guards’ commander. A week earlier this prisoner had committed suicide after prison authorities refused to allow him to meet his family who had travelled from the city of Kerman to see him. He was saved by his friends.

On May 16th Rezai had insulted and thrown a prisoner by the name of Ramezan Koohkan from his third-level bed while he was asleep. Koohkan suffered a brain concussion that led to his immediate death. Fearing the anger of other inmates the officials claimed he suffered a brain stroke. Rezai is one of the leading elements behind drug smuggling and distribution inside this prison.

Food quality and hygiene conditions in this prison are very poor, and any prisoner protesting is immediately beaten and sent to solitary confinement. During the past month winged ants have flooded the prison wards due to the insanitary circumstances and poor water and air conditions.

Gohardasht Prison of Karaj, west of Tehran, the prisoners are constantly faced with water being cut off. However, the prison officials, in the utmost obscenity, have literally demanded the prisoners themselves resolve this problem and each provide 5 million tomans (around $1,430) to repair the prison’s water heating system.

In Sanandaj Central Prison, western Iran, the prisoners are deprived of medical and hygiene services. They also face lack of access to drinking water, poor food quality and a gas system that is constantly down. From March to this day 28 prisoners have been diagnosed with hepatitis.

The Iranian Resistance calls on all international human rights organizations to condemn the catastrophic conditions in Iran’s medieval dungeons and calls for a fact-finding mission to be sent to investigate about the truth and follow up on the circumstances of Iran’s prisons.

Secretariat of the National Council of Resistance of Iran

Christian Science Monitor: The head of the Iranian opposition...