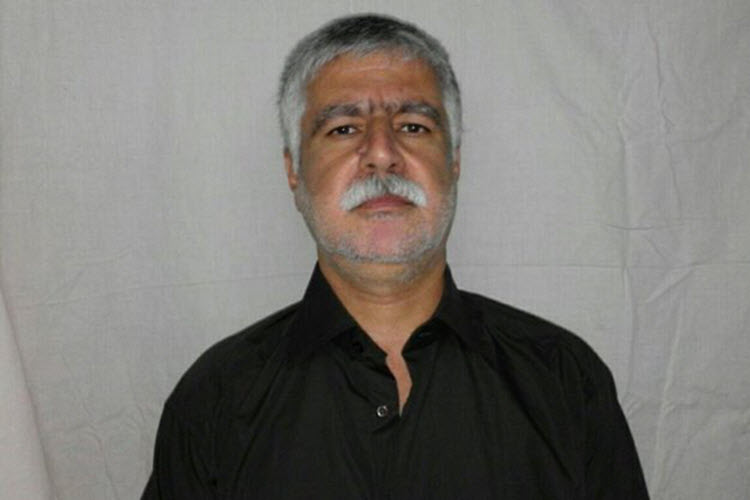 London, 23 Oct – One of Iran’s longest-serving political prisoners has written a letter pleading for help after 81 days on hunger strike.

Mohammad Nazari was taken to a medical clinic after losing over 25 kilos (55 pounds) whilst on hunger strike. His health has declined so much that he has lost his voice and can barely walk.

He wrote a letter, shared on human rights websites and social media, lamenting his treatment at the hands of the Iranian Regime and pleading for human rights defenders to help him secure his release.

Nazari wrote: “I am the loneliest prisoner in this city [Rajaee Shahr prison]. Despite 81 days of hunger strike, no one has listened and helped me in this city… Now, in the 24th year of my imprisonment, I am alone, with no one to rely on. I am on hunger strike because I have no options left.”

Indeed, he has no family left and no lawyers will take his case.

A source with knowledge of Nazari’s case to the Center for Human Rights in Iran (CHRI) that his life could “end in tragedy” as his condition has been mostly ignored by the officials.

The source, who spoke on the condition of anonymity, said: “He has been refusing food since July 30, [2017], to demand a review of his case that could result in his freedom. But he has no lawyer or family members to help him.”

Even his visits to the prison’s clinic have merely resulted in an IV shot or two, without any real medical help.

The source said: “He is in a very bad condition. He has all sorts of physical problems and emotional issues. Losing his teeth is the least of his problems caused by the lack of medical attention.”

When he was 23, Nazari was arrested in Bukan, in Iran’s West Azerbaijan province, for allegedly being a member of Democratic Party of Iranian Kurdistan (PDKI) and sentenced to death. This sentence was later commuted to life imprisonment.

In 2013, the Iranian penal code was changed to reflect that membership of the PDKI was no longer considered a crime but Nazari, now 47, remains behind bars.

Nazari, an ethnic Iranian Azeri Turk, wrote: “Help me gain the freedom I am legally entitled to. I want neither freedom nor a furlough; I want the law to be enforced. According to the law, I should have been released four and a half years ago. But the invisible hands of power and security have prevented the implementation of this law. Now, after 24 years in prison, while I am completely alone and left with nothing, I have no choice but to go on hunger strike.”

He continued: “Help me reach my legal right to freedom that they have deprived me of. Anything other than my release, and I will continue my strike until I too pass away and buried in Bukan cemetery where my family is.”

US hikers’ lawyer hopes for Iran verdict in week

AFP: The lawyer for three US hikers detained in...