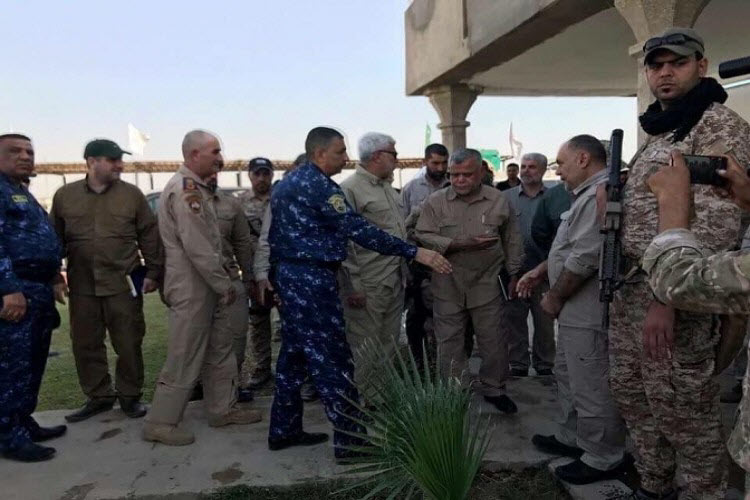 Last week, the PMF and the Iraqi army invaded the oil-rich Kirkuk region- taken back from ISIS by the Kurds- under the orders of Iraqi Prime Minister Haider Al-Abadi and commander of the Iranian Revolutionary Guards Corps (IRGC) Qassem Soleimani. Trump has refused to intervene, claiming that both Iraq and the Kurds are US allies and that it would not be appropriate to back either side.

However, it is impossible to see this as anything other than the Iranian Regime’s interference in the affairs of other Middle Eastern nations because they are afraid of losing power and control. Would Iran be given a free pass if this happened in Syria, Yemen or Lebanon?

Raghida Dergham wrote on Arab News: “The US president’s tough new moves against Tehran do not seem to extend to the activities of the Revolutionary Guards and their proxy militias in Iraq — and it is the Kurds who have paid the price.”

Trump recently advised more sanctions against the IRGC for its support of terrorism and destruction of the Middle East, so the IRGC should be identified by the US as a cause of this attack on the Kurds.

There is something very odd about Trump’s decision not to place the IRGC-backed PMF within Iran’s violations of the nuclear deal but it is probable that Abadi is influencing the US not to take measures against the IRGC in Iraq, despite a new US policy on Iran.

After all, the IRGC has, according to Treasury Secretary Steven Mnuchin, “played a central role in Iran becoming the world’s foremost state sponsor of terror,” including their support for Syrian President Bashar Assad’s regime and terrorist cells like Hezbollah and Hamas.

Also this week, Nikki Haley, US ambassador to the UN has called for Iran to be held to account for violating resolutions outside of the nuclear deal and the ballistic missile program, like Soleimani’s travel ban and the ban on exporting weapons from Iran to other countries like Iraq.

Trump’s speeches on Iran must be coupled with effective US policy which targets all violations by the Iranian Regime- not ignoring those which some allies are deeming to be alright in their eyes.

Dergham continued: “There is a kind of contradiction between the verbal pledges of the administration and what is taking place on the ground.”

In Iran, each and every day the media, senior...