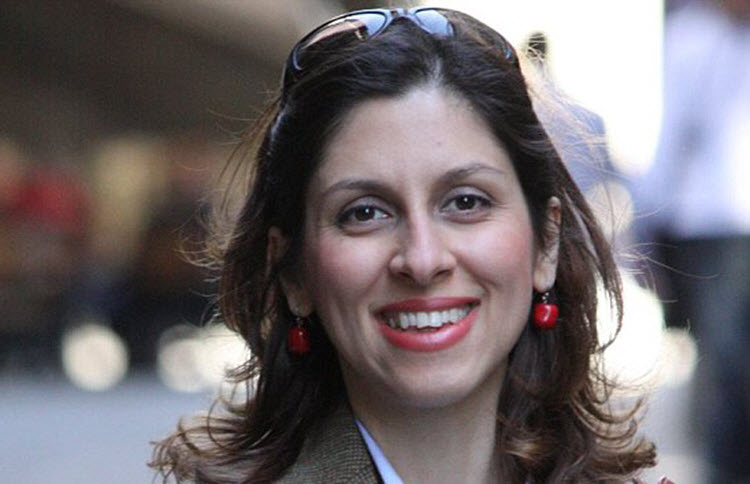 London, 15 Nov – The Iranian Regime has presented their costly list of ransom demands in order to secure the release of wrongfully-jailed British charity worker Nazanin Zaghari-Ratcliffe to Foreign Office ministers.

If the UK government wishes to secure the release of Zaghari-Ratcliffe, who was arrested by the Regime’s Revolutionary Guards (IRGC) militia group in April 2016 on her way back from a family holiday, they will have to:

• pay a £400 million bill for breaking a deal to sell Chieftan tanks to Iran in 1979 (because after the Regime took over, Britain didn’t want to supply them with military equipment)

The Iranian Regime has never before formally proposed this sort of quid pro quo ransom agreement to UK officials but the Foreign Office knows that this is most definitely the price for Zaghari-Ratcliffe’s freedom, as it is what is brought up by the Regime at every meeting regarding her release.

One minister told The Sun: “The Iranian regime conducts foreign policy by hostage taking. It always has done. Nazanin’s case is no different. This time, they want us to pay up.”

This revelation suggests that the Iranian Regime’s threats of extending Zaghari-Ratcliffe’s imprisonment were not solely down to Foreign Secretary Boris Johnson’s gaffe about what the British-Iranian mother was doing in Iran- indeed, the Regime had started an ‘investigation’ prior to Johnson’s comments.

Earlier this month, Johnson made an offhand comment before the Foreign Affairs committee about Zaghari-Ratcliffe training journalists in Iran- something which is completely untrue and was denied immediately- which the Regime used as evidence against her.

On Wednesday, November 15, Johnson was due to meet Zaghari-Ratcliffe’s husband Richard Ratcliffe for the first time.

Ratcliffe is asking the UK Government to grant diplomatic protection to his wife, in hopes that the Regime will be forced to release her and their daughter Gabriella.

Gabriella’s British passport was seized by the Regime and she has stayed with her maternal grandparents in Iran ever since.

Sir Richard Dalton, the former British ambassador to Iran warned against expecting a breakthrough when Johnson visits Iran later this year, noting that this will be “a long haul”.

By Jubin Katiraie Like any other regime, the Iranian regime...