UN to Iran: Remove Your Militants From Syria 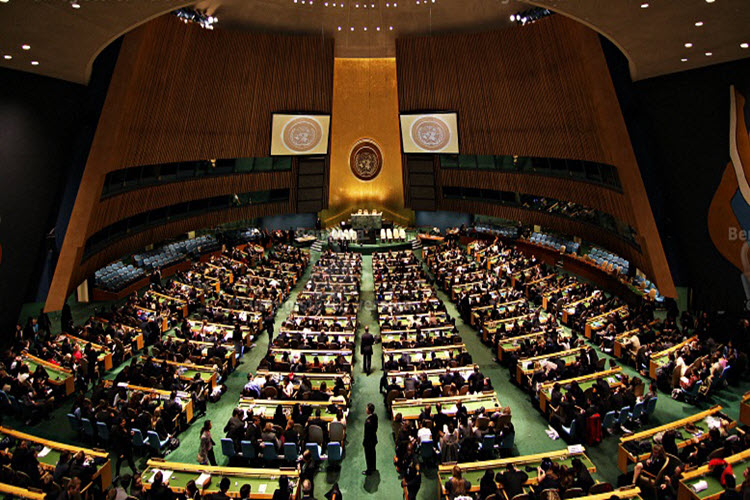 London, 15 Nov – The United Nations General Assembly (UNGA) has called on Iran to remove its militias from Syria as part of a resolution against serious human rights violations in the country on Tuesday, November 14.

The UN resolution condemned the systematic violations of human rights and abuses against Syrian civilians since the start of the civil war in 2011.

On the same day, the Third Committee of the UN General Assembly passed a resolution condemning Iran for its domestic human rights violations, which are widespread and long-running, including increased executions, corporal punishment, and repression of marginalised groups.

Supporters of the resolution cited concerns about:

• High execution rates- Iran has the highest execution rate per capita in the world and is one of the only countries that still executes children.

• Increased discrimination against women-women are not allowed to work without their husband’s approval, are banned from some public spaces altogether, and may be arrested or whipped for improper hijab.

• Arbitrary arrests of activists, journalists and critics- The Regime has thousands of people imprisoned for the ‘crimes’ of freedom of speech and/or expression.

• Mistreatment of prisoners- most prisoners are subject to some sort of torture, either as punishment or to extract information or a false confession. Some are denied appropriate medical care, causing small ailments to become life-threatening.

Marc-André Blanchard, the Canadian representative at the UNGA, whose country prepared the resolution, noted that the international community is extremely concerned about the rising number of executions in Iran, particularly those of minors and women.

While Abdallah al-Muallami, the Saudi Ambassador to the UN noted during discussions that Saudi Arabia fully supported the UN resolution on the human rights situation in Iran. He also addressed Iran’s serious violations of the human rights of the Ahvaz Arabs in Iran.

Recently Iran introduced laws to remove the Ahvaz Arabs from their homes in order to change the demographic structure of the area east and north of the Arabian Gulf, which has resulted in displacement for thousands of people.

AFP: Iran on Sunday denounced what it called Pakistan's inability...