Human Rights Groups Call for Respect for Protesters in Iran 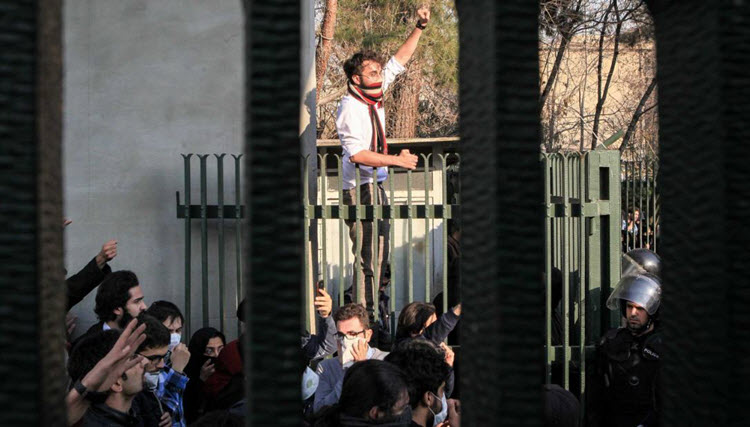 London, 9 Jan – As the protests against the Iranian Regime grow, Amnesty International has called on the Iranian Regime to ensure the right of its people to peaceful protest, investigate the reports that the security forces have unlawfully used firearms against unarmed protesters, and protect the thousands of arrested people from torture.

Philip Luther of Amnesty International said: “Law enforcement officials have the right to defend themselves, and a duty to protect the safety of the public. However, reports of the use of firearms against unarmed protesters by security forces are deeply troubling and would contravene Iran’s human rights obligations under international law.”

Amnesty made this statement on January 4, one day after the UN High Commissioner for Human Rights, Zeid Ra’ad Al Hussein, urged the Regime to handle the protests “with great care” to not inflame further violence.

in a separate statement, urging the Regime to investigate all deaths and serious injuries that have occurred so far in the protests, Hussein said: “I am deeply disturbed by reports that more than 20 people, including an 11-year-old boy, have died and hundreds have been arrested during the recent wave of protests in Iran.”

Zeid said that the Iranian authorities must respect the rights of all demonstrators and detainees and ensure that the security forces respond proportionately because the people have a right to raise issues, express themselves, and gather freely.

He said that the authorities should release all peaceful protesters, as they are a “legitimate part of the democratic process”.

He warned: “It is incumbent on the authorities that their actions do not provoke a downward spiral of violence, as occurred in 2009. The authorities must take all steps to ensure that this does not happen again.”

But it is highly likely that not only will the Regime crackdown on their protesters again, they will crack down harder.

Also on January 3, the United Nations Secretary-General António Guterres expressed concern at the loss of life in the protests (currently at least 50 people) and stressed that further violence must be avoided.

The people of Iran took to the streets on December 28 and protests have grown ever since, with people chanting against the “dictatorship” and its regional terrorism in Syria and Yemen.

The Regime accused the “enemies” of the Regime of instigating the protests and they are correct in thinking that the people of Iran are enemies of the Regime.

Rafsanjani says Irans nuclear crisis is a minefield for West