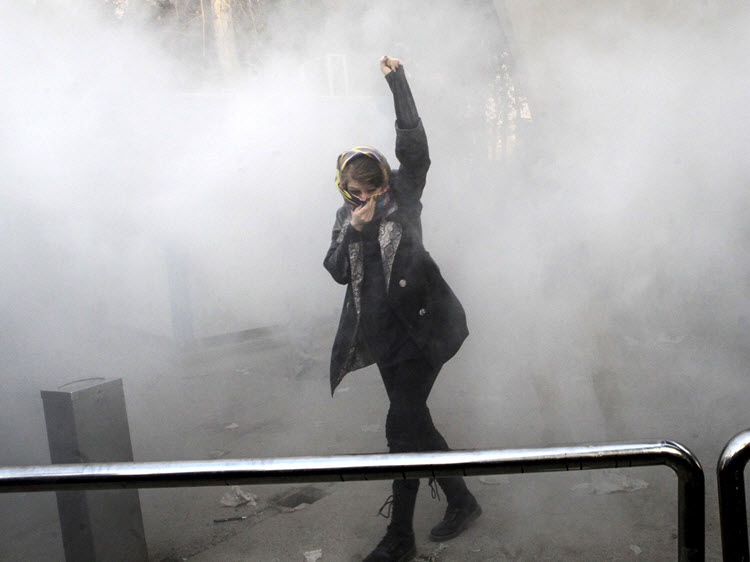 London, 9 Jan – The Iranian Regime is resorting to violent crackdowns through its suppressive militias over the recent protests that have taken the country by storm, but this will not stop the people of Iran from demanding their freedom, according to one political scientist.

Iranian expert Dr. Majid Rafizadeh wrote an op-ed for Arab News entitled “Iran is permanently on the verge of a revolution” in which he explained that these crackdowns- that have so far killed at least 50 people and imprisoned 1000- will fail to suppress the Iranian people’s desire for revolution.

The Regime has not only deployed its Islamic Revolutionary Guard Corps (IRGC) and volunteer militia organization Basij to fire on unarmed protesters, arrest peaceful demonstrators, and kill many, but they have also cut off the protesters access to the internet- by slowing down speeds and blocking certain apps- to prevent them communicating with each other and the outside world.

Of course, the Regime claims that they have crushed the protests, but this is a lie.

Dr. Majid Rafizadeh wrote: “Even if the regime succeeds at suppressing these protests, the deep anger shared by millions of Iranians will continue to simmer under the surface. Any flashpoint could again turn their frustrations and anger against the regime into a conflagration; nationwide protests that could ultimately endanger the ruling mullahs’ hold on power.”

There are many reasons why the Iranian Regime will always be in danger of being overthrown, including economics, corruption, human rights abuses, and a failing justice system that protects the guilty and punishes the innocent.

With high unemployment, rising costs of everyday living, increasing inflation, Iran’s people are amongst the poorest in the world but the nation is one of the wealthiest in terms of natural resources. It’s just that the Regime is so corrupt that they divert all the money to line their own pockets and fund their wars.

Dr. Majid Rafizadeh wrote: “It is focused on supporting, financing, arming and training terrorist-designated groups in the region — militias that advance the ruling mullahs’ objectives, as well as those of dictators such as Bashar Assad… There exists no rule of law to hold the gilded circle of the regime’s leaders accountable for stealing the wealth of the nation.”

The people are chanting anti-regime slogans in the streets, including “Islamic Revolution was our mistake”, “Down with Rouhani” and “Death to Rouhani”. They are not going away and these protests are far from over.

Dr. Majid Rafizadeh wrote: “Every time the regime cracks down on protests, it does not address people’s underlying concerns… The Iranian regime should be cognizant of the fact that these protests will not totally disappear. They can resurface at any time and have the potential to quickly turn into nationwide demonstrations, making it impossible for the IRGC to subdue them, no matter how powerful the regime’s forces are. These kinds of protests can one day mark the end of the regime if it doesn’t address its people’s demands.”

Ros-Lehtinen: The Iraqi Government and the UN must keep their promises

Now for over 40 years, Iran’s rule controlled by...