Germany Faces Pressure to Get Tough on Iran 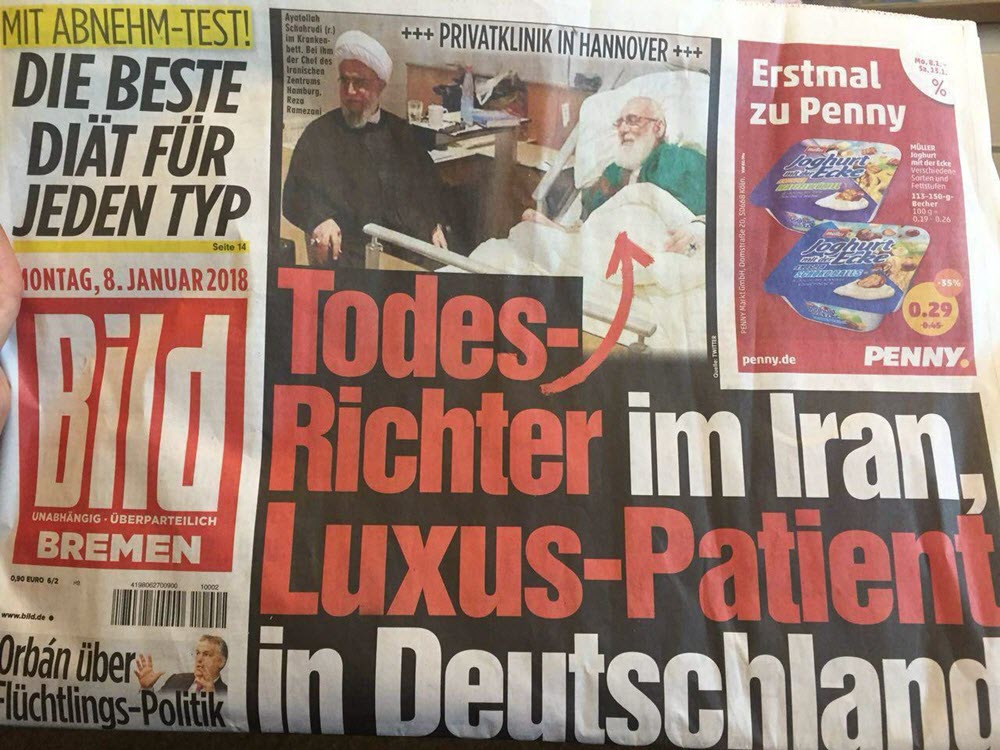 London, 10 Jan – The German government is facing stronger calls to get tough on the Iranian Regime, as politicians from opposing political parties call for the prosecution of a senior cleric, Mahmood Hashemi Sharoudi, who is visiting Germany for medical treatment and Iran’s ambassador, Ali Majedi, who has allegedly been involved in a spy ring run by Iran.

The German government summoned Majedi to reprimand those involved in Iran’s espionage on groups/individuals with ties to Israel back in December, following the conviction of Pakistani cultural representative Mustufa Haidar Syed-Naqfi.

Syed-Naqfi was convicted of spying on Reinhold Robbe, the former head of the German-Israel Friendship Society, and an unnamed Israeli-French economics professor in Paris for the Iranian Revolutionary Guards (IRGC).

A Foreign Ministry official said: “Spying on people and institutions with special ties to the state of Israel on German soil is an egregious violation of German law.”

Sharoudi, a top pick to replace Supreme Leader Ali Khamenei, is receiving treatment at the International Neuroscience Institute (INI) in Hannover, but Iranian exiles have demanded that he be arrested for human rights abuses during his ten years as Head of Iran’s Judiciary.

During this period, over 120 Iranians were killed in the streets by security forces and thousands arrested during the 2009 protests over the rigged election.

Germany’s Green Party politician Volker Beck filed a criminal complaint against Shahroudi accusing him of “mass murder activity that could be prosecuted under German law covering crimes against humanity”.

He said: “Germany should not be a sanctuary for such people, who in their country persecute people for political or religious reasons and threatens them with death. The Iranian regime persecutes women, homosexuals, ethnic minorities and atheists.”

Sharoudi is currently Chairman of the Expediency Council that resolves differences between the Majles and the Guardian Council.

An Iranian opposition member said: “Shahroudi is the favourite of Khamenei to succeed him as it was him who gave Khamenei the religious credentials to become the Supreme Leader. In addition, Khamenei sees Shahroudi’s link to the Iraqi Shias as a means of continuation of Iran’s influence in the neighbouring country.”

This all comes as European foreign ministers, including Germany’s Sigmar Gabriel, will meet with their Iranian counterpart, Javad Zarif, on Thursday in Brussels, regarding the future of the 2015 nuclear deal. It is believed that the US may pull out of the deal in the coming days, especially given the weight on ongoing anti-regime protests in Iran.

Reuters: Iran, rebuffing critics at a meeting on the...

Reuters: Iran's nuclear programme has slipped so far down...