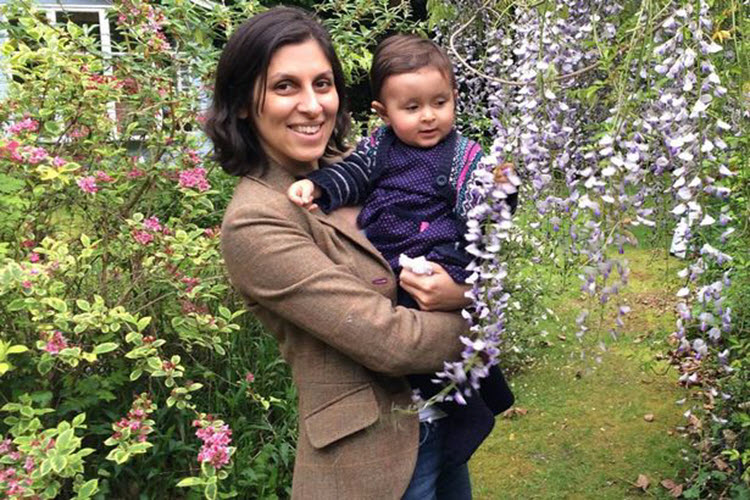 London, 14 Feb – A British charity worker imprisoned in Iran on bogus spying charges is being psychologically tortured by the authorities of Iran, according to campaigners.

Nazanin Zaghari-Ratcliffe, who has been held in Iran for almost two years, is the victim of a “state-orchestrated campaign [of] psychological abuse” that meets United Nations criteria for torture, according to anti-torture charity Redress.

The charity have written to Professor Nils Melzer, the UN special rapporteur on torture, on behalf of the Free Nazanin campaign with evidence that Zaghari-Ratcliffe is being tortured to coerce the British Government to negotiate a deal for her release (i.e. paying a ransom to Iran) or force her to confess to spying on behalf of the UK and provide information about others.

Redress explains that the campaign is being carried out by all sectors of Iran, from the Supreme Leader’s personal police, the revolutionary guards (IRGC) to the state television service.

The letter reads: “While it has serious effects on her physical health, the combined effect of this campaign has been to exert consistently maximum psychological pressure on Mrs Zaghari-Ratcliffe, to demoralise her and put her in a situation of complete powerlessness. The treatment has been inflicted on her over an extended period of time, and while she was, and continues to be, at her most vulnerable, a recent mother, in prison abroad and away from her family in the United Kingdom, without consular access and without allowing her family to visit.”

Zaghari-Ratcliffe, a dual UK-Iranian national, was first arrested in April 2016 on her way back to the UK after visiting her parents for the Iranian New Year with her infant daughter Gabriella.

She spent eight-and-a-half months in solitary confinement before moving to a general ward, but her abuse by the Regime has been constant, including denying her familial visits and phone calls, threats involving her daughter or others close to her, denying her access to medical services, denial of access to a lawyer, and broken promises of release.

Zaghari-Ratcliffe, who has always denied the allegations, is now suffering from post-traumatic stress disorder, depression, difficulty walking and extreme hair and weight loss, according to her husband Richard Ratcliffe.

When he spoke to her this week, he reported that she was “not as bleak as she was a few weeks back, but she’s very up and down”.

Around Christmastime, it looked hopeful that Zaghari-Ratcliffe might be released and that broken promise makes it hard for the couple to remain hopeful.

Ratcliffe said: “It’s always good to hold on to the ‘maybe’, but also part of us putting in the submission now is because it feels like we’re just being gamed.”

That is why he has stepped up the campaigning again, desperate to get his wife back.

Reuters: The U.N. nuclear watchdog appears no closer to...