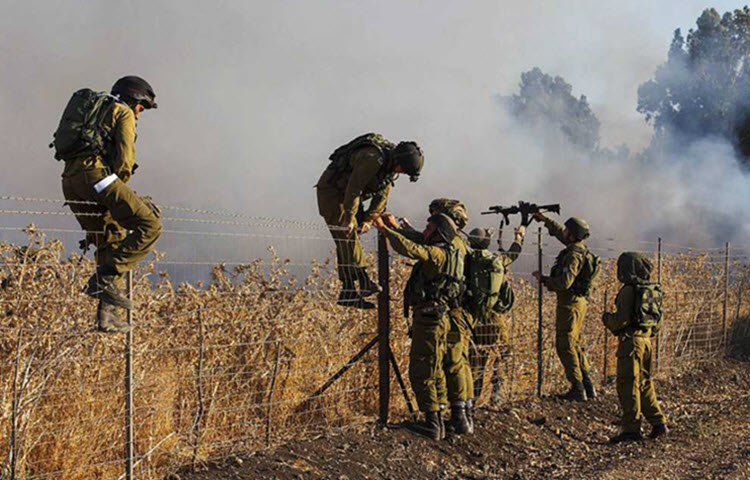 London, 14 Feb – Iran is reportedly seeking to rewrite the “rules of the game” over Israel’s involvement in Syria, now that the Syrian Regime is largely taking over the country again and Syrian rebels are largely defeated.

You can see this from the Israeli fighter jet that was shot down in Syria last weekend, in relation to the downing of an Iranian drone in Israeli airspace and Israeli bombs dropped on terrorist targets in Syria.

Before the attack on the fighter jet, Israel had the expectation that its attacks on Iranian-Hezbollah weapons convoys and production facilities would not be met with a military response as either Syria or Hezbollah could afford a war with Israel.

Iran wasn’t happy with that and instead sent the drone into Israeli airspace to set off a chain reaction and make Syria fire on Israeli jets over Israeli territory.

This is the first time in more than thirty years that an Israeli jet was brought down by enemy fire and some are speculating that this is a new strategic phase and that worse is yet to come.

This is a slight exaggeration. The Syrians and the Iranian proxies have lost far more in their attempts to keep Assad standing and after further attacks on the terrorists in Syria, the regimes have not retaliated. Perhaps, they know that they are doomed to fail if they do.

Israel made clear to Iran and Syria that attacks on Israel will not be ignored by starting a retaliatory raid on a dozen Syrian and Iranian targets. If the regimes retaliate, they will be challenged.

During this retaliation, Israel launched the first-ever direct strikes on manned Iranian fixtures in Syria, which is thought to be a key component of Israel’s plan to deter Iran from meddling in Syria.

The Iranian forces are stationed in Damascus, far from Iran but very close to Israel. Israel has previously noted that it does not want an Iranian presence so close to its borders, given Iran’s enmity towards Israel, but this does leave the Iranian forces vulnerable to Israeli aerial attacks and means that Israel can attack Iran without entering Iranian territory.

Russia has also indicated that it does not support Iran’s provocations in a statement asking all sides to “exercise restraint”, but that is possible because they don’t want their support of Assad to turn into a war with Israel. Even Iran’s key proxy Hezbollah does not want this fight, fearing it will spread to Lebanon.

Overall, the Iran should be wary of a war in Syria, especially given the Iranian people’s ongoing protests against these wars.

In Congress, an opportunity emerges on Syria

The Hill: Congress is rightly skeptical about President Obama's request...

Iran’s Regime, Fearing Protests, Pleads for Sanctions To Be Lifted

International sanctions have crippled Iran’s regime, and its financial...