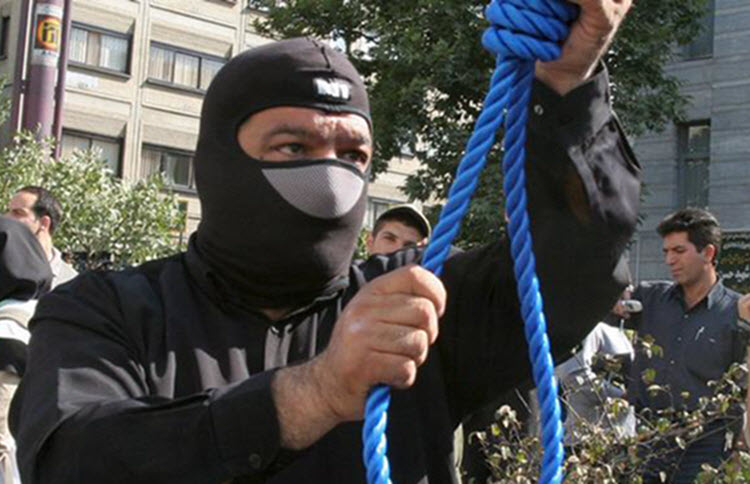 London, 20 Apr – On Thursday, the CHRI reported upon the latest call to action by United Nations experts regarding issues related Iran’s human rights record and its perennial abuse of the death penalty. The statement was signed by a trio of UN special rapporteurs, Agnes Callamard, Dainius Puras, and Nils Melzer, whose areas of focus are, respectively, extrajudicial and arbitrary executions, universal rights to physical and mental health, and cruel, inhumane, and degrading punishments including torture. It called attention to the case of Ramin Hossein Panahi, an Iranian Kurdish prisoner who is facing a potentially imminent threat of execution.

Drawing on excerpts from the special rapporteurs’ statement, CHRI emphasized the numerous irregularities in Panahi’s case, including reports that he has been tortured while in detention and subjected to a trial in which he was denied access to legal representation and other elements of due process. In addition, his arrest on charges of membership in a Kurdish nationalist group does not rise to the level of “most serious crimes” in which the death penalty may be justified under international standards. Efforts by Panahi’s family to bring public attention to his case have resulted in arrests and other reprisals against some of those family members.

The UN experts’ statement comes roughly one week after Amnesty International released a collection of facts and figures regarding the worldwide use of the death penalty throughout 2017. That report attributes more than half of all known executions to Iran – excluded suspected but unconfirmed executions in China. This allows Iran to easily retain its status as the country with the highest per capita rate of executions, even though the 507 judicially sanctioned killings in Iran constituted a lower figure than in previous years.

The modest reduction has largely been attributed to changes in the country’s legal attitudes toward drug offenses. The Iranian parliament voted in 2017 to eliminate mandatory death sentences for some instances of drug trafficking. However, it remains unclear whether the judiciary will vacate all death sentences imposed prior to the change or reliably utilize the new guidelines.

These questions are reinforced by evidence that the Iranian political and judicial systems have not changed their overall attitudes regarding the death penalty. Of the 507 known executions that were carried out in 2017, at least 31 of them were carried out in public and at least five involved convicts who had been under the age of 18 at the time of their alleged crimes. It is already known that these practices have continued into the present year, and the Islamic Republic has even accelerated the execution of juvenile offenders, in defiance of international laws barring such killings.

On Wednesday, Iran Human Rights Monitor highlighted one prospective case of juvenile execution, that of a young Afghan national known to the public only as Murad. The report notes that the medical examiner has determined Murad to be 15 years of age, although in appearance and behavior he seems to be only 11 or 12. Under Iranian law, boys are considered to be legally responsible by the age of 13. Girls may be treated as adults while still as young as nine.

Murad denies the charges against him, but in any event his case is another instance of Iran’s imposition of the death penalty for crimes that do not meet international standards. He is accused of sodomy against a 10-year-old boy, but would be eligible for the death penalty regardless of the alleged victim’s age, as homosexuality is illegal in the Islamic Republic. This fact, together with Murad’s Afghan nationality, makes his case a potential illustration of at least two forms of institutional discrimination in Iran, as well as the country’s abuse of capital punishment.

The problem of Iran’s application of the death penalty to non-violent crimes was put on even more prominent display on Wednesday with the execution of Bahman Varmaziyar, a hairstylist and sports club trainer who had been sentenced to death for his participation in an armed robbery alongside three other individuals. According to Iran HRM, Varmaziyar voluntarily turned himself into police 18 days after the crime and returned all of the property he had stolen to the owner of the relevant jewelry shop, who in turn dropped all charges.

The judiciary’s decision to nonetheless press forward with the execution led to widespread public outcry about Varmaziyar’s case, especially following the viral spread of a video depicting his mother pleading for his life. Domestic and international pressure has occasionally convinced regime authorities to delay the implementation of other death sentences, but in many of these cases the penalty is defiantly confirmed or reinstated upon review.

Such defiance has arguably been a high point in recent days, as Varmaziyar’s execution is not the only instance of the judiciary implementing the death sentence for a defendant whose conviction had been credibly called into question. Iran HRM names Mohammad Saleh Dolatabadi as one of seven individuals who were executed in Gohardasht Prison on Wednesday, even though evidence came to light following his 2007 murder conviction which suggested that his alleged victim, whose body had never been found, was in fact still alive.

As Iran rushes to clear capital sentences off its books by expeditiously carrying out executions, it appears to be further normalizing the mistreatment of death row prisoners, among others. This was the takeaway from yet another Iran HRM report, which pointed out that Abdulrahman Sangani has been denied access to medical treatment even as he suffers from an eye infection that is predicted to lead to permanent loss of vision if left untreated.

The report notes that Sangani is a member of both the Sunni religious minority and the Baluch ethnic minority, and that he was sentenced to death in 2009 on the charge of “enmity against God” because of his alleged support of a Sunni Salafi group. In addition to his eye infection, he is suffering from numbness and impairment on the left side of his body, which has led to at least one recent instance of his collapsing. In spite of all this, he continues to be denied medical treatment in a probable instance of extrajudicial punishment.

This sort of punishment is, of course, not limited to death row inmates but is fairly commonplace among prisoners of conscience. As an example of the phenomenon, Iran HRM pointed to the case of Atena Daemi, who was arrested in 2014 on the basis of critical statements she had made about the government in social media. In February of this year, she and fellow political prisoner Golrokh Ibrahim Iraee were abruptly transferred to Qarchak Prison, a converted chicken farm that is traditionally reserved for violent female criminals and is notorious for its dangerous and unsanitary conditions.

These conditions, along with lengthy hunger strikes, have exacerbated preexisting health problems. But Daemi’s hunger strike and other efforts to publicly protest her mistreatment have reportedly motivated judicial authorities to violate former promises of medical furlough in order to exert additional pressure on her and to use her as an example for other would-be protesters.

US says Iran should send nuclear offer to IAEA

AFP: The United States reacted cautiously Wednesday to a...