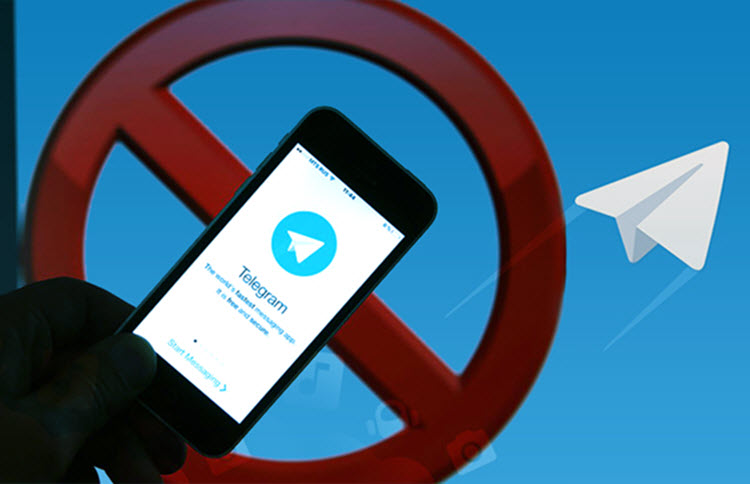 London, 19 Apr – The instant messaging app Telegram will soon be banned in Iran, with the highest-ranking members of the Iran announcing their intentions to abandon the platform and move to domestic apps instead.

They’ve even issued a directive to Iranian government workers and school to prevent their use of foreign messaging apps.

The mullahs have claimed that the banning of Telegram is necessary to “protect national security” and would have the side benefit of promoting homegrown apps, like Soroush and Gap.

The problem? This is nothing, but lies.

The real reason that the mullahs are seeking to shut down access to Telegram in Iran is that the app has been used by protesters across Iran to communicate with each other and to send information to the outside world during the ongoing nationwide anti-government protests.

The mullahs don’t want the Iranian people to be able to organise protests against them, so they want to shut down a method of communication. They even banned the app for a short time during the protests in order to take back control.

Oh, and the domestic apps that Supreme Leader Ali Khamenei and the rest of the mullahs are promoting are designed by administration members and have the hidden ability to let the Intelligence services read any messages sent, which will make it much easier for their suppressive security forces to target activists.

These are the officials who have reportedly closed their Telegram accounts so far:

Of course, given that Iranian government operates on one rule for the mullahs and another for the people, the mullahs may well start using Telegram again.

After all, Twitter and Facebook were banned because of the important communication role that they played during the 2009 Green Movement protests, but many mullahs still have accounts.

And Khamenei’s office did not announce any plans to give up his five Twitter accounts (Persian, English, Arabic, Spanish and French).

The general Iranian public access the social media sites using virtual private networks (VPNs) and it is likely they will do the same for Telegram.

You see the reason that the Iranian people are protesting has nothing to do with Telegram. It is purely down to the Mullhas’ brutal treatment of its people and imposing any kind of internet censorship, will only make the people more incensed.

If the US wants to truly tackle the Iran’s malign behaviour, they could start by installing a satellite above Iran to provide free and fair internet. That would help spread the truth and boost the Iranian people in their fight against an unjust regime.

Iran insists it wants to enrich uranium for nuclear fuel