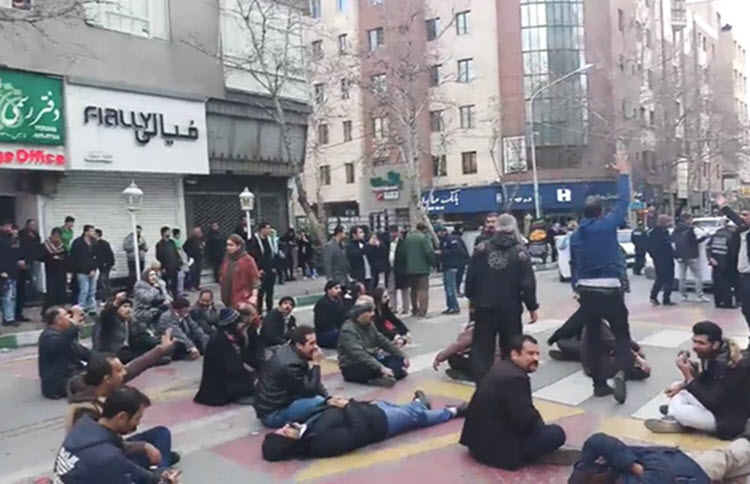 London, 16 May – Human Rights Watch has said that the Iranian judiciary should halt the execution of a member of the Gonabadi Dervish community and release all Dervish members who have been arbitrarily detained since February 2018.

On February 20, the Iranian authorities arrested over 300 Dervishes (by some counts as many as 430) after clashes between the Shia religious order and the Iranian police, during which Mohammad Sallas was accused of killing three police officers by driving a bus into a crowd of security officers.

The clashes, which left dozens more injured, began after the authorities cracked down violently on a peaceful protest by the Dervishes, who simply wanted members of their community released from prison and for the Iranian government to stop spying on their leader, who is now under house arrest.

Sallas, 46, was sentenced to death on March 18, following an unfair trial that didn’t meet international standards for legal proceedings as no lawyer was present and the so-called investigation took all of 48 hours. Sallas also reported being beaten by the police to the extent that he received head injuries.

He said that he never meant to kill anyone and that he made a desperate choice out of anger and frustration.

Despite this, his sentence was upheld by Iran’s supreme court on April 24.

Many of the arrested Dervishes are still being held on vague charges, which is often how Iran treats prisoners of conscience, and activists revealed, on May 14, that 11 Dervish women are being held for disobeying the police and acting against national security.

The Iranian authorities have also taken to pressuring the families of the imprisoned to say that the initial protests weren’t peaceful and threatening the family of Mohammad Raji, a Dervish who did in custody, against speaking out.

Many family members also report that the detainees are not being given access to their lawyers or their families, even via the phone. Additionally, several of those injured on February 20 have not received access to medical treatment, including Ahmad Barakoohi, Nima Azizi, Mohsen Noroozi, and Mehdi Mahdavi, who have serious eye injuries, and Shokoufeh Yadollahi, who has a head injury.

Human Rights Watch said that while attacks on the police are criminal acts, this does not give Iran the right to detain an entire group of protesters. Instead, the detainees should be charged with a recognisable crime or immediately released.

by Jubin Katiraie On Wednesday 24th January, President-elect of the...