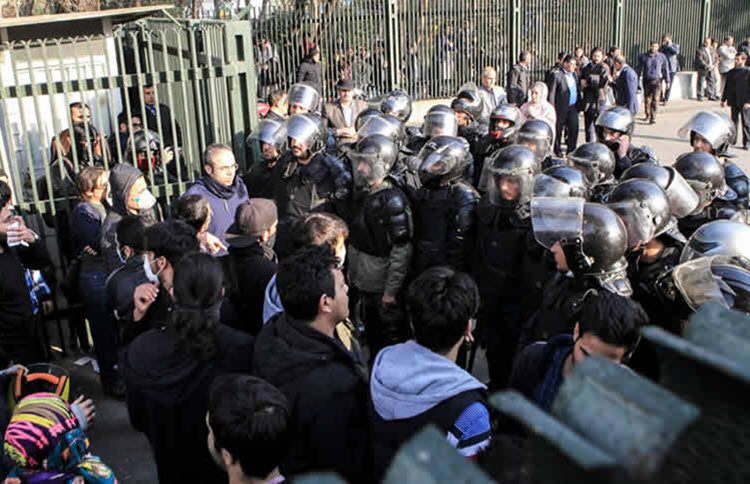 London, 8 Jun – Human rights groups from Iran and Italy have joined together to demand the immediate release of Iranian protesters that have been arrested during the nationwide anti-government uprising.

Italian human rights group, EveryOne, has released a statement in partnership with Iran Human Rights Monitor to call on the Iranian Government to release the protesters and for the United Nations to hold the mullahs responsible for their crackdown on human rights.

Since these pro-democracy demonstrations began on December 28, 2017, the Iranian Government has shot 50 defenceless protesters in the streets, arrested over 8,000 people and threatened them with execution, and tortured at least 12 to death in prison. Many protesters have also disappeared without any explanation, leaving their relatives to believe they are being held in prison or worse.

Of course, the United Nations High Commissioner for Human Rights has already urged the Iranian Government to “respect the rights of all demonstrators and detainees, including their right to life, and guarantee their safety and security” and also to investigate the deaths and serious injuries that have happened so far.

The UNHCHR made this statement on January 3, but as of yet we can see that Iran has failed to protest the rights of its people or investigate the crimes the Government has committed. Although, to be fair, what did the UN expect? Iran wasn’t going to properly investigate itself, any more than a murderer would find themselves guilty.

And the Government’s cruelty has continued. During protests in Kazerun on May 9, security forces opened fire on unarmed protesters, killing four and wounding many. They then arrested dozens of people.

In response, the spokesperson for UN Secretary-General Antonio Guterres promised to hold the Iranian Government to the promised they have made about respecting the people’s right to a peaceful protest.

EveryOne wrote: “We request that [the UN] take action and make decisive decisions to prevent further suppression and the killing of peaceful demonstrators and call for the unconditional release of the thousands of detainees arrested throughout Iran. Please inform the Iranian authorities that if they continue their suppressive measures, serious steps will be taken by the United Nations.”

EveryOne is a non-partisan international human rights group which constantly monitors the situation of human rights in various parts of the world and provides reports to the relevant national or international authorities, in this cas the UN.

US: Iran could have nuclear bomb in four years

PoliticsHome: Qasem Soleimani is notorious for his role as...