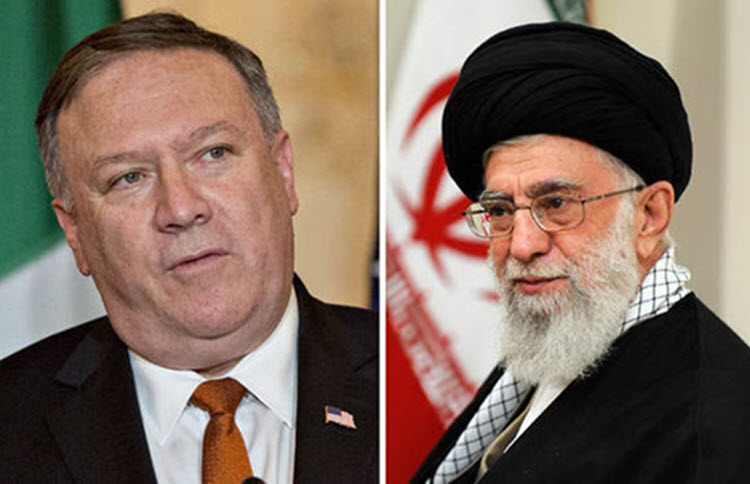 London, 8 Jun – It was reported that after weeks of silence from the Iran following Trump’s announcement of withdrawal from the nuclear deal, the Iranian Mullahs’ Supreme Leader, Ali Khamenei, ordered the Atomic Energy Organization of Iran (AEOI) to take the necessary steps to “implement a major increase in the country’s enrichment of uranium”.

However, he has left experts and analysts wondering about his intentions. The Supreme Leader specifically called on the country’s nuclear agency to “make the necessary arrangements to reach 190,000 SWU in the framework provided by the JCPOA”.

Furthermore, he spoke about Iran’s strengths, saying that the country is particularly strong when it comes to making progress in the nuclear technology field. He also mentioned Iran’s “missile power”. National security, said Khamenei, is dependent on the manufacturing of missiles and the subsequent missile strength it will have.

Some believe that Iran is going to exit the nuclear deal and will start expanding its nuclear activities, with the Supreme Leader’s orders to the AEOI being the first step.

On the other hand, some believe that Iran is just trying to make it look like the nuclear threat is bigger than it really is so that it can try to entice the Europeans into giving concessions. Iran could be trying to take advantage of the European’s concerns in the same way that it did with former US President Barack Obama.

However, although we do not know the true intentions behind Khamenei’s orders, we can be certain that the Iran nuclear threat is very real.

Ali Akbar Salehi, the head of the Atomic Energy Organization of Iran, has said that Iran will finish building its facility at the Natanz nuclear plant so that Iran will be able to produce advanced centrifuges. He said this would happen within a month.

US President Donald Trump announced last month that the United States was exiting the nuclear deal for numerous reasons.

His Secretary of State, Mike Pompeo, also followed up with a speech in which he listed 12 conditions that Iran must abide by, including withdrawing from all of the countries in which it is interfering and immediately putting an end to all ballistic missile and nuclear activities.

In response to the latest threat by the Iranian nuclear agency chief, Pompeo said: “We’re watching reports that Iran plans to increase its enrichment capacity. It’s another example of Iran foolishly squandering its resources. Iran is aware of our resolve. We won’t allow Iran to develop a nuclear weapon. It should surprise no one if protests in Iran continue.”

The United States’ resolve is evident and in stark contrast to the previous administration’s attitude towards Iran. The Obama administration conceded to Iran on numerous issues in its desperation to get Iran to sign the nuclear deal.

Trump has said since before taking office that he is not happy with the nuclear deal as it does not eliminate the nuclear threat. Furthermore, the lifting of sanctions has permitted Iran to fund its spread of terror across the region.

AFP: US Secretary of State Hillary Clinton on Wednesday...