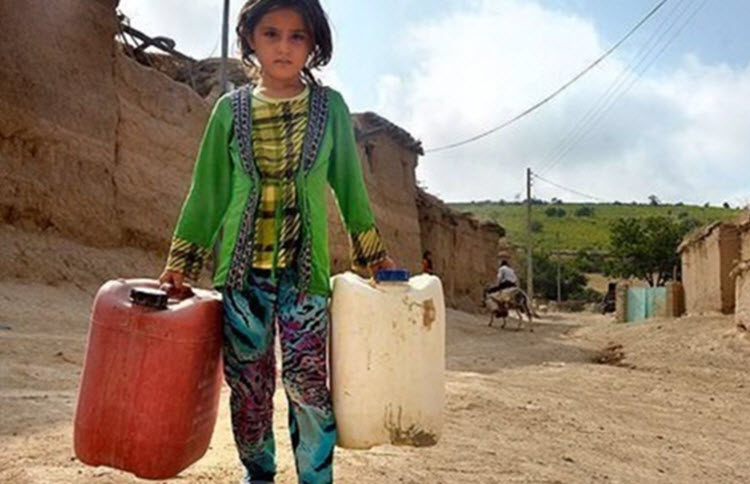 London, 12 July – An independent investigation has been called for by Amnesty International after it received reports that security forces used “unnecessary and excessive force” against the people who protested peacefully in Khuzestan Province over water scarcity and pollution. Amnesty has also called on Iran to ensure that Iranians have access to clean water.

The rights group issued a statement on July 6th, saying, “Iranian authorities should also ensure that people in Khuzestan and other provinces across Iran enjoy their right to access sufficient amounts of safe drinking water for personal and domestic uses.”

Water Authority officials in Khorramshahr and Abadan have told the press that that “the water crisis is over,” but the statement is hard to verify as Iran does not allow international reporters to visit the area.

As well, in Khorramshahr, people took to the streets of there, and in several other cities in the southwest to protest water shortages and to demand clean and safe drinking water.

Some reportedly chanted slogans against the Iranian authorities, and shots could be heard on videos circulated on social media. According to officials, one civilian and several police officers were injured in the violence. State television reported that an unspecified number of demonstrators had been arrested, and claimed that some of the protesters carried firearms.

Reports by rights activists said that dozens were detained in Khorramshahr, Abadan, and Ahwaz in connection with the protests.

Allegedly, the water in in Khorramshahr is high in saline and it is muddy. Residents have been complaining for nearly two weeks about the taste and color of tap water, and videos on social media showed a brown fluid running out of taps in Khorramshahr.

Concern over those who have been detained, and who may be at risk for torture, given Iran’s human rights violations in Iran’s detention facilities, sparked Amnesty International’s statement. The rights group called on the Iranian authorities “to ensure that all detainees are protected from torture and other ill-treatment and that anyone held solely for peacefully exercising their right to assembly is released.”

Citing mismanagement by the authorities, combined with years of drought, critics claim that these factors have led to the decrease in river and groundwater levels in the oil-rich province of Khuzestan.

US seeks UN action against Iran

BBC: The US wants the UN to impose sanctions...