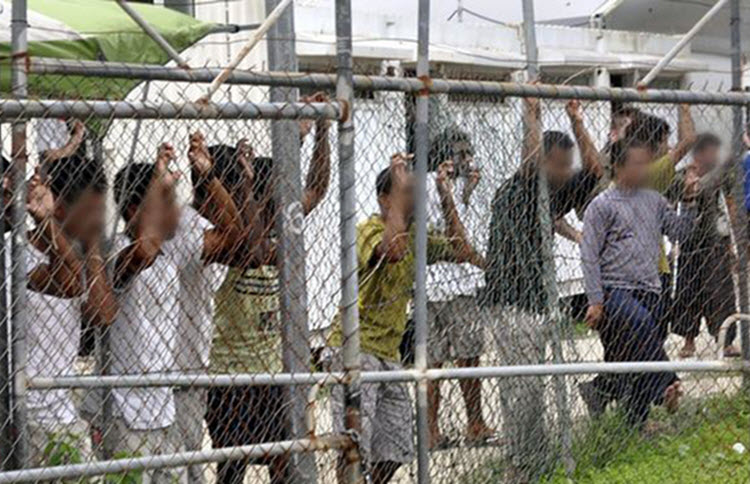 London, 21 August – A critically ill Iranian refugee child has finally been flown from Nauru to Australia with his family, after extreme delays by the Australian Border Force (ABF) that experts are calling ‘inhumane and unnecessary’.

For over 20 days, a 12-year-old refugee has refused all food and medical treatment despite being critically ill, as the ABF initially tried to split up the family when taking the boy, known only as M, for treatment. This could, of course, result in the family never being reunited.

Despite being gravely ill, M refused to leave without his family and, after several failed attempts to move him on commercial flights and by air ambulance, the ABF finally allowed M to be medivacced, along with his mother, stepfather, and sister, on Tuesday afternoon (local time).

According to sources on the island, where Iranian refugees are being held before they can move to Australia, M would have died within days without medical intervention and was “reaching a critical time”.

His treating doctor wrote on Sunday: “He is now on day 19 of food refusal. Likewise, apart from sips of water and the … dextrose solution that he was given, he has not had any significant oral hydration. His last bowel movement was 15+ days ago and he rarely passes dribbles of urine painfully.”

The doctors on the island refused to restrain or sedate M, who weighs just 36 kg, to force-feed him, citing the unethical implications, and said that the ABF must accept clinical recommendations to move him to the mainland.

His doctor wrote: “I would not be prepared to treat M against his will [using] restraint or medical sedation. We carried out the latter a week ago, because we believed … his father gave written consent. It resulted in him refusing to re-attend the clinic. This treatment is not sustainable. With regards to him being treated at [Republic of Nauru] hospital, the consequences of that lie with the Australian government. Currently M needs urgent evacuation by air ambulance … He is not fit to travel on a commercial flight.”

M and his family have been on Nauru for four years, after fleeing from their homeland Iran. They have all been legally recognised as refugees and are owed protection by Australia.

A medical source said: “This whole thing has been inhumane and unnecessary. They’ve prolonged this transfer, compromising him medically even further. And they’ve added to the family’s distress by making them choose between each other, being told they have to leave someone behind, to perhaps never see them again. All of this for no reason, but it has harmed the wellbeing of a child.”

The situation on Nauru is “dangerously chaotic”, according to government sources, with the health of the 117 children who remain on the island causing major tensions. The children are being removed steadily by launching challenges in the federal court in Australia, who found that detention on the island is causing harm to children and that the island’s medical facilities are not equipped to treat psychological or complex physical conditions.

New Zealand even offered to take 150 refugees in 2013, but Nauru wishes to work directly with the Australian government.

Of course, what’s being lost in all of this is that refugees are being treated in disgusting inhumane ways by the ABF. The refugees are fleeing persecution and violence in Iran and are ending up in limbo at a place with inadequate medical facilities. These are refugees and their mistreatment should be widely condemned.

Four remaining ministers in Iran to be announced shortly