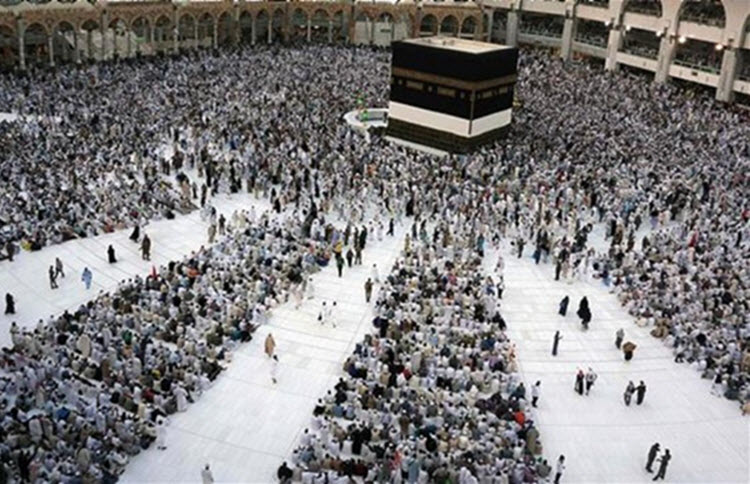 London, 21 August – The special forces branch of the Iranian Revolutionary Guards Corps (IRGC) is seeking to “wreak havoc” at the annual Hajj pilgrimage in Saudi Arabia by recruiting Islamic extremists at the ritual pilgrimage, according to Iranian dissident group, the People’s Mojahedin Organization of Iran (PMOI/MEK).

MEK representative Shahin Gobadi warned that the Iranian Regime was attempting to “exploit the Hajj situation” by deploying Revolutionary Guards and cautioned the over two million Muslims visiting Mecca to be wary of the Regime’s attempts to carry out terrorist activity abroad.

He said that the Quds Force, the IRGC’s extraterritorial operations force, will be using the pilgrimage to recruit more terrorist proxies. It’s worth noting that the Quds Force report directly to Supreme Leader Ali Khamenei, who was designated a terrorist supporter by the US in 2007 and that Iran has a well-documented history of supporting terrorist groups, which is why the US designated it the world’s “most active” state sponsor of terrorism.

Gobadi said: “The sad reality is that the clerical regime tries to exploit the Hajj occasion and has tried to create crisis and wreak havoc during the Hajj at any available opportunity. Tehran has paid no heed to the fact that the message and the essence of Hajj is peace and friendship.”

Although Gobadi does not have any “specific information” on a terror plot planned by Iran, he advised Iranian pilgrims to be wary about the Regime’s dispatching of the Quds Force.

Gobadi said: “Export of Islamic fundamentalism and terrorism has been a pillar of the clerical regime as the main state-sponsor of terrorism. This regime has acted as the metropolis of terrorism and Islamic extremism for the past 40 years. The Muslim countries in the region have been the primary target of the export of Islamic fundamentalism and extremism.”

The hajj, which began yesterday, is a five-day pilgrimage to Mecca that all able-bodied adult Muslims should take part in at least once in their lives. Muslims believe that this retraces the footsteps of the prophet Mohammed as well as those of Ibrahim and Ismail. After prayers in Mecca, pilgrims will head to Mount Arafat, where the Prophet Mohammed is believed to have delivered his final sermon.

The hajj is a massive logistical challenge for Saudi Arabia and some accidents have caused deaths or serious injuries in the past, but more trouble at the hajj could undermine the Muslim world’s confidence in Saudi Arabia’s ability to manage religious sites and events, which is what Iran wants.

AFP: Iranian authorities have revoked the filming permit for...