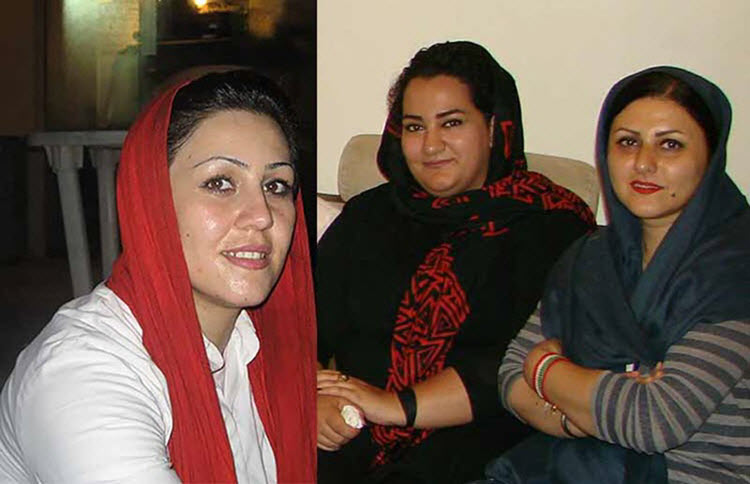 London, 13 Oct – Three Iranian political prisoners have penned a letter to United Nations Special Rapporteur Javaid Rehman on the World Day Against the Death Penalty (October 10), urging him to visit Iran and see the human rights violations for himself.

Maryam Akbari Monfared, Golrokh Irayee, and Atena Daemi, all held in the Women’s ward of the notorious Evin prison, gave him a brief, but chilling summary of the countless human rights violations that have taken place in Iran in just the last decade.

This includes the use of the death penalty for non-violent crimes like drug offences or political activism and against juvenile offenders, despite it being in violation of international law. Many of these people are subject to unfair trials, without legal representation, and forced to give “confessions” under torture.

The letter read: “Executions [related to political activism] were at their peak in the first decade of the Islamic Republic (1978-1988). People were often executed without trial, their bodies piled in unmarked mass graves on the fringe of the city.
(Meanwhile, those who oppose capital punishment have no license to speak, and are currently behind bars because of their dissent).”

Sadly, this has not changed. At the end of September, three political prisoners were killed on the same day, while many more languish behind bars, some awaiting their own executions, for taking part in the Iranian uprising at the beginning of the year.

The women wrote: “As long as the death sentence can be meted, its pool of victims will be populated by alleged offenders of this type, many of whom are victims of poverty and socioeconomic class struggle, or political and ideological activists who are victims of a corrupt system whose policies are rigged against them.”

When campaigning for President, Hassan Rouhani promised that many human rights would be given to the people of Iran. During his rule, over 3,500 people have been executed that we know of. Many more have been arbitrarily murdered or have been disappeared by the security agents.

The Iranian Mullahs tries to defend the death penalty, by claiming that it sets an example, but the facts disagree. This alone demonstrates the Regime’s abuse of their own people.

Monfared, Irayee, and Daemi wrote: “We the undersigned, political activists held at the Women’s Ward of Evin Prison, on this World Day Against the Death Penalty, express our abhorrence of the executions that have already taken place in Iran, and request that you — Special Rapporteur on the Situation of Human Rights in Iran, Mr. Javaid Rehman — travel to Iran to investigate violations of human rights, and advocate for a wholesale abolition of the death sentence, regardless of the crimes it aims to punish, be they political, ideological, or criminal.”

The non-governmental organisation, Human Rights Activists in Iran (HRAI), recently published its annual report on the death penalty, which recorded at least 256 executions between October 10, 2017, and October 9, 2018, and noted that due process seems to have no place on the Iranian legal system.