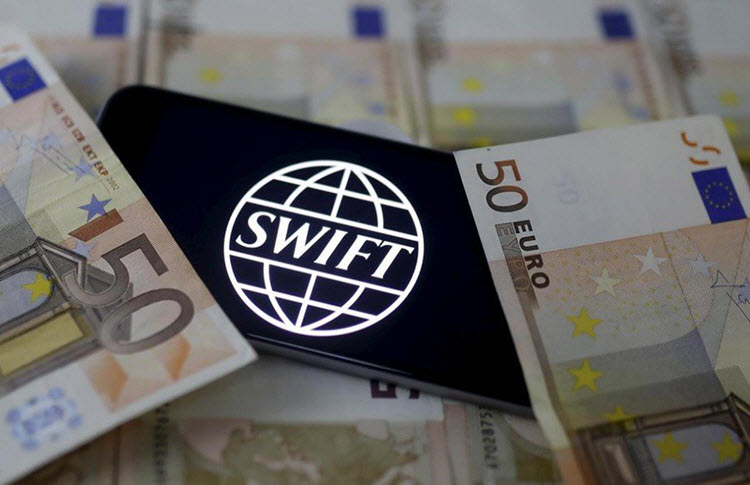 London, 13 Oct – The Donald Trump Administration’s push to pressure Iran through reimposing the second round of nuclear sanctions on Iran in November – this time targeting Iran’s central bank and oil industry – is facing challenges for European allies and even some in the Treasury Department, but the administration is fighting back, according to a leaked document.

A research memo that has been circulated among policymakers argues that cutting Iran off from SWIFT, a service that facilitates cross-border financial transactions, is essential and would be effective. After all, it worked in 2012, when President Barack Obama and Secretary of State Hillary Clinton did it.

The document, written by Mark Dubowitz at the Foundation for Defense of Democracies, is essentially a response to those who claim that this move would go too far.

The report reads: “The Islamic Republic will use whatever channels remain connected to the global financial system to continue its terror financing, money laundering, and illicit activities… Economic analysis of the pre-JCPOA sanctions Iran and reports from the time are conclusive that disconnecting Iran from SWIFT was a crippling step that endangered Iran’s economy.”

Some fear that these penalties could hamper US counterterrorism actions, by forcing Iran’s financing of terrorism outside of the SWIFT system. However, cooperation continued last time and will again, as the EU would risk endangering its own citizens if it didn’t share intelligence.

While Europe has been floating the idea of creating an alternative to SWIFT to combat US sanctions, but let’s be realistic. It’s not a credible alternative and there’s no proof that it would actually evade sanctions.

The memo read: “No legitimate bank is going to use an alternative service that is soaked in terror financing and has no access to the US financial system.”

Plus, in 2017, all North Korean banks were banned from SWIFT and the EU did nothing to contradict this, despite not having sanctions against them themselves.

The research document, which began making the rounds on Capitol Hill on Thursday morning, explained that forcing Iranian banks out of SWIFT is “one of the most serious financial sanctions possible”, but that this doesn’t mean that SWIFT would be sanctioned or its operations interrupted.

A senior GOP congressional staffer said: “This memo dismantles everything the Treasury Department has been telling us about why it’s OK to let Iran stay connected to SWIFT. It’s well within their ability to force SWIFT to disconnect the Iranians and, more importantly, it’s a necessary prerequisite for implementing what the president has called for.”