Five Eco-Activists in Iran Could Face the Death Penalty 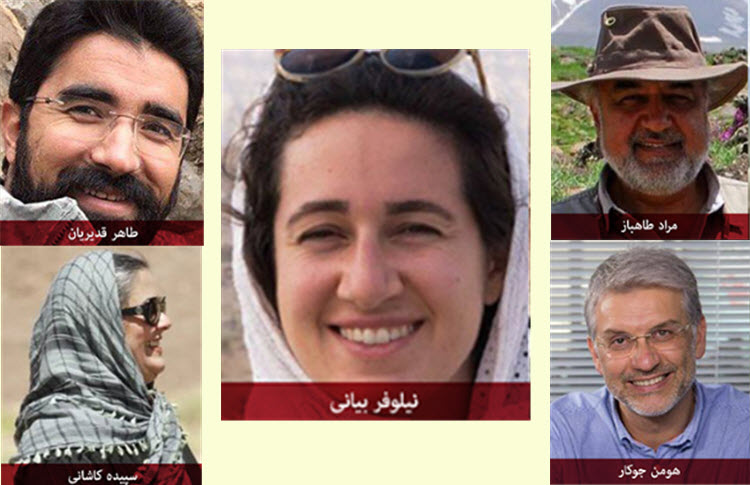 London, 27 Nov – Five environmentalists arrested in Iran for “spying” in January could face the death penalty after they were charged with “sowing corruption on Earth”.

Niloufar Bayani, Taher Ghadirian, Houman Jowkar, Sepideh Kashani and Morad Tahbaz, all members of the Persian Wildlife Heritage Foundation, were focused on the conservation of different wildlife species in Iran, including the Asiatic cheetahs (Acinonyx jubatus venaticus). They put camera traps down near the cheetahs’ habitat to monitor the big cats, after receiving permission from the Iranian government, but the country’s Revolutionary Guard Corps (IRGC) alleged that the team was spying on Iran’s missile program.

Thus the five were arrested, along with other PWHF members Amir Hossein Khaleghi, Abdolreza Kouhpayeh, Sam Rajabi, and Kavous Seyed Emami. The first three are still being held in prison and are not believed to be facing the death penalty, but Emami, an Iranian-Canadian professor, died just weeks after his arrest under suspicious circumstances in prison. The official response was suicide, but that does not explain why his body was hastily buried and his wife and children – also Canadian citizens – are being prevented from leaving Iran.

After spending months in prison without charge, five of the environmentalists were charged with “sowing corruption on Earth” in early October. Depending on the media report, you might be told that Kashani was charged with it, but is not facing the death penalty. If convicted, they could face sentences ranging from six months up to the death penalty.

Either way, Tara Sepehri Far, a researcher with Human Rights Watch (HRW) believes that this is a “bizarre charge” for environmentalists.

She had previously written: “Nine months of pre-trial detention with no clear charges and no access to a lawyer is an unusually long time even by Iran’s dismal due process standards. It’s hard not to conclude that the authorities are struggling to gather enough evidence to charge them with any recognizable crime.”

This fits perfectly with the recent revelation that the investigation by the Iranian Parliament actually found no evidence that any of the environmentalists were spies. This is understandable if, like the experts cited in a statement from the United Nations High Commissioner for Human Rights, you cannot fathom how working to preserve Iranian flora and fauna would possibly be linked to espionage against Iranian interests.

In fact, Jon Paul Rodríguez, a biologist at the Venezuelan Institute for Scientific Research and chair of IUCN Species Survival Commission, explained that the work that the researchers had been doing was so valuable because the only information we have on the critically endangered Asiatic cheetah comes from camera traps.

The arrests and charges against the environmentalists have shaken the international scientific community, with hundreds of scientists signing a letter to Iran’s supreme leader Ayatollah Ali Khamenei to ask that he ensures a fair and “transparent” trial for the researchers.

On the 67th day of Iran’s revolution, the Iranian...