Sanctions Relief Will Not Help People of Iran 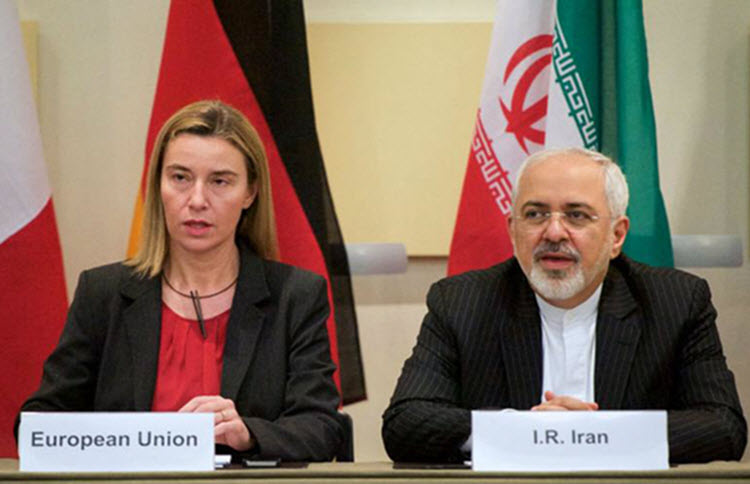 London, 27 Nov – Sanctions relief was expected to encourage a general trend toward moderation within the theocratic system, according to the negotiators for the Iran nuclear deal. In the preamble of the Joint Comprehensive Plan of Action (JCPOA), as the deal is more formally known, its signatories declare that they anticipate that the agreement will contribute positively to peace and stability throughout the region.

The Islamic Republic has failed to achieve any meaningful stability — the hardline influence, and the crises in the Middle East continue. Iran’s influence has now extended to western countries. Plots have been uncovered in France and Denmark, and at least two agents of the Islamic Republic have been indicted in an American court for spying and apparently setting up attacks on Iranian Resistance activists living in the U.S.

As well, Iran continues to test ballistic missiles, including those perhaps capable of carrying nuclear warheads. This was a major reason the U.S. President withdrew from the JCPOA in May.

Iran’s Revolutionary Guard Corps harasses Western naval and commercial vessels in the Persian Gulf. Many “dangerous and unprofessional” encounters occur when the IRGC refuses to halt its fast approach. In fact, several IRGC fast-attack boats shadowed the USS Essex last month, and came within 300 yards of it while General Joseph Votel, the head of US Central Command, was on board.

While Europe is attempting to help the Iranians avoid the effect of renewed sanctions, foiled terrorist attacks on European targets have occurred, including the Albanian residence of more than 2,500 members of the leading Iranian opposition group, the People’s Mojahedin Organization of Iran (MEK), in March; and the international rally near Paris of the MEK’s parent coalition, the National Council of Resistance of Iran (NCRI), in June. In this latter incident, a high-ranking Iranian diplomat provided two operatives with explosives and instructions to attack the gathering.

Regional interference and confrontation with Iran’s “enemies” appear to be its priorities, instead of the needed improvements in its domestic policies and the lives of ordinary Iranians.

Unrest has continued in the Islamic Republic since the nationwide mass uprising that erupted in December and January this past year. Awareness that the country’s dire economic problems are the result of government neglect and mismanagement is now common knowledge. Slogans shouted at protests are, “Forget about Syria; Think about us.” The Iranian people also know that the IRGC is in control of Iran’s resources and economy. The IRGC also represses pro-democratic sentiment, and promotes the export of the Islamic revolution.

The economic hardships of the Iranian people will not be meaningfully alleviated as long as the mullahs remain in power, declared the Resistance’s leader Maryam Rajavi.

Those who encourage sanctions relief should now realize that such conciliation does not promote moderation. A policy that pressures Iran will benefit Western interests, and those of the Iranian people who are demanding a free, democratic future.

Reuters: The Obama administration's appeal to Congress to hold...