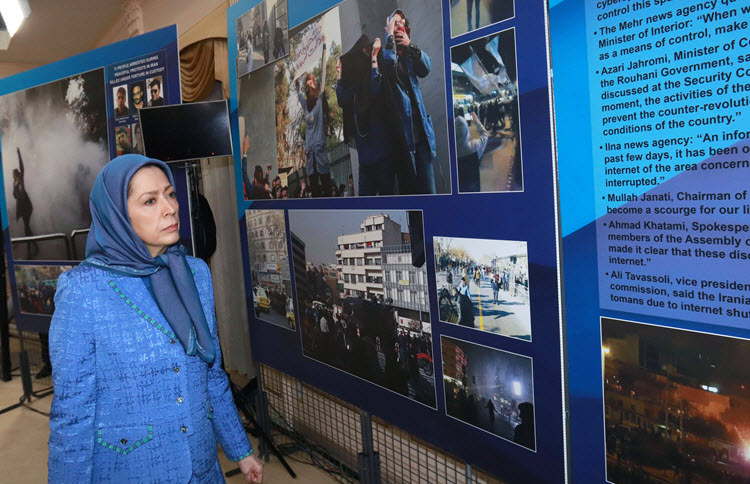 London, 18 Dec – The President-elect of the National Council of Resistance of Iran, Maryam Rajavi, has welcomed the United Nations’ adoption of the 65th resolution condemning systematic human rights violations in Iran.

She advised that this move has yet again made clear that the mullahs in Iran fundamentally disregard the most basic rights of the Iranian people in all areas of their lives.

The resolution highlights, in particular, that Iran uses the death penalty to an “alarmingly high frequency”, including against juveniles, that arbitrary detention is “widespread and systematic”, and that conditions for prisoners are poor with many being “deliberately” denied access to adequate medical care and that there are far too many “suspicious” deaths in custody.

Rajavi said: “Although the resolution fails to address many aspects of the inhumane crimes committed by Iran’s religious fascism, it leaves no doubt that this regime is the most brutal and aggressive violator of human rights in today’s world.”

She then called on the international community to do more to oppose the Iran’s human rights abuses, including most recently, the raids on the homes of striking steelworkers in Ahvaz, which have led to dozens of arrests of those merely demanding fair working conditions.

Rajavi said: “The Iranian regime is in no way congruous with the 21st century and must be isolated by the world community.”

She then spoke about the most obvious human rights violation in Iranian history, of which the world has been mostly silent: the 1988 massacre of 30,000 political prisoners. The majority of the ruling system’s leading members were either directly involved in, have defended, or continue to deny this crime, which has included the cover-up of mass graves and is an ongoing way to torture the families of the victims.

She advises that the world’s lack of appropriate response to this has emboldened the Mullahs to continue theri horrific crimes against humanity, not just in Iran but also across the world, because the mullahs believe they are above international law.

Rajavi said: “This has led to the expansion of the regime’s belligerence, fundamentalism and terrorism in the region and the world.”

Rajavi implored the international community to investigate the Mullahs’ crimes, in particular, the 1988 massacre, and refer the dossier of these crimes to the UN Security Council in order to bring all of the officials responsible to justice, including Supreme Leader Ali Khamenei and President Hassan Rouhani.

Rajavi said: “This is not only the right of the Iranian people but also a prerequisite for peace and the fight against terrorism.”

Iran could halt fuel work only after talks: negotiator

Reuters: Iran could stop enriching uranium at best only...