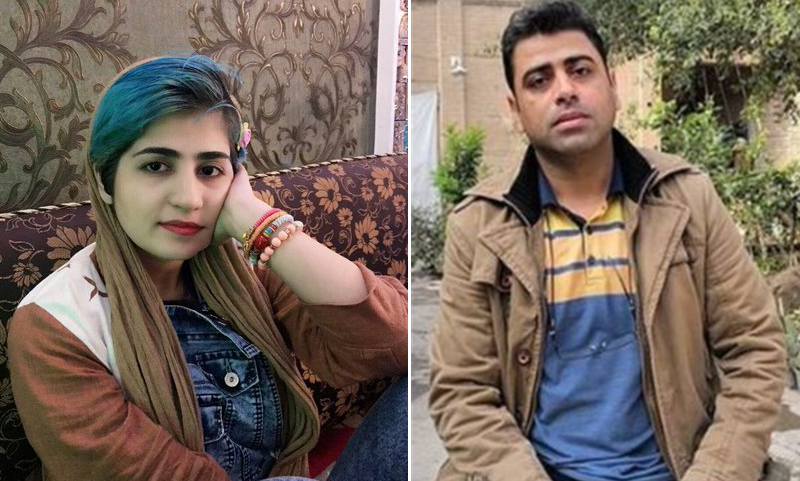 London, 12 Jan – A female civil rights activist who spent close to one month in detention has talked about her “brutal torture” and that of a labor activist arrested with her. Sepideh Qolian, was attacked and detained with several other labor activists in November at the Haft-Tapeh Sugar Mill, alongside workers who were striking for their unpaid wages.

According to labor leader, Esmail Bakhshi, who tried to intervene, he and Qolian were severely assaulted at the time of arrest. The two were taken to prison where systematic torture allegedly began.

Bakhshi wrote about their torture on his Instagram page, saying, “Weeks after my release, I still feel intolerable pain in my broken ribs, left ear, and testicles.” Bakhshi’s allegations led to a public debate in Iran regarding torture.

The Iranian activist has been out of jail for a month, but says he still bears the physical and psychological scars from being tortured “to the verge of death” during his 25-day jail stay in Khuzestan Province.

Bakhshi’s claims have highlighted the greater issue of prisoner mistreatment and torture, which rights group say is widespread, and have prompted parliament to launch an investigation. Regime officials and the Judiciary promised to investigate.

However, in a meeting this week, Qolian says that intelligence ministry officials suggested that maybe she and Bakhsi “were imagining” the torture.

“Remembering those 30 days of brutal and inhuman treatment brings tears to my eyes and makes me tremble,” Qolian posted on Twitter. She said that Bakhshi’s torture during the first ten days was so severe that she thought he might have died.

She added that that agents forced her to sign a confession with threats of electrical shocks, and told her she will be freed only if she makes sexual confessions. Qolian says she was told that her confessions would be publicized on national TV, if she speaks out after her release.

Following their initial reaction to the torture allegations, officials of the Islamic Republic now seem to consider the matter closed.

Regarding the allegations, President Hassan Rouhani said they should be investigated. However, on January 9th, his chief of staff, Mahmoud Vaezi threatened to prosecute Bakhshi based on the denial of torture by the minister of intelligence.

The turnaround by officials occurred during the official investigation in Khuzestan province where the arrests and detention took place.

Iran urges India against closer ties with US