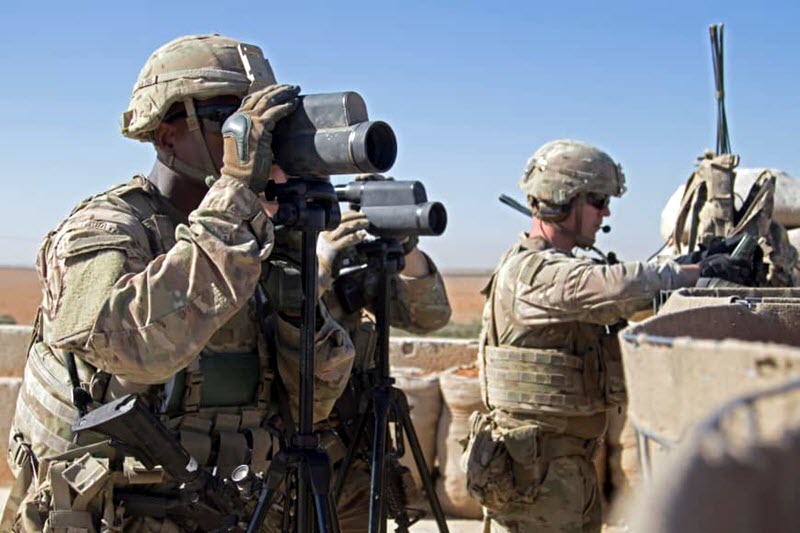 London, 13 Jan – The US is proposing to leave troops near the Iraqi and Jordanian border with Syria when they withdraw from the warzone, in order to stop Iranian entrenchment in the country, according to a draft paper presented to Turkish officials by US National Security Adviser John Bolton.

This news comes as an American official confirmed that the US has begun moving equipment out of Syria, which is the start of the withdrawal tweeted out by Donald Trump last month.

Most US forces are in the northeast of Syria, where ISIS is, but some maintain a base in al-Tanf, southern Syria, on the Iraqi border. An unnamed Turkish official told London-based newspaper Middle East Eye that the US will not be withdrawing from there at this time.

This base is reportedly key to thwarting Iranian efforts to move fighters and weapons into Syria, where the mullahs are supporting the Bashar Assad regime in the hopes of gaining more control in the country.

This news backs up what a senior US official told NBC News on Saturday. The official said that the US was considering leaving some troops in southern Syria and would make this decision after consultations with regional partners.

There has been much confusion over the pullout as Trump’s original tweet did not specify a timetable, which caused panic among the US’s partners in the Middle East. The Turkish official has said that the proposal also contains no timetable but promises an orderly withdrawal.

Bolton, who was accompanied by Joseph Dunford, head of the Joint Chiefs of Staff, was reportedly snubbed by Turkish President Recep Tayyip Erdogan, who was angry about comments Bolton made on Saturday regarding the need to ensure the safety of the US-backed Kurdish fighters.

Bolton said that the US withdrawal from Syria was conditional on the defeat of ISIS and Turkey’s promise not to harm the Kurds. That is why the timetable has not been officially set.

Comments from Trump that Iran “can do what they want” in Syria, have also upset US allies in the Middle East who see this as permission from the US President for Iran to further entrench itself in the country and increase its hold over the region.

However, US Secretary of State Mike Pompeo vowed on Thursday that the US and its allies would work together “to expel every last Iranian boot” from Syria and “bring peace and stability to the long-suffering Syrian people”.

Reuters: Iran has bought its first cargo of diesel...