Iranian Civil Activists Imprisoned Again for Speaking About Their Tortures 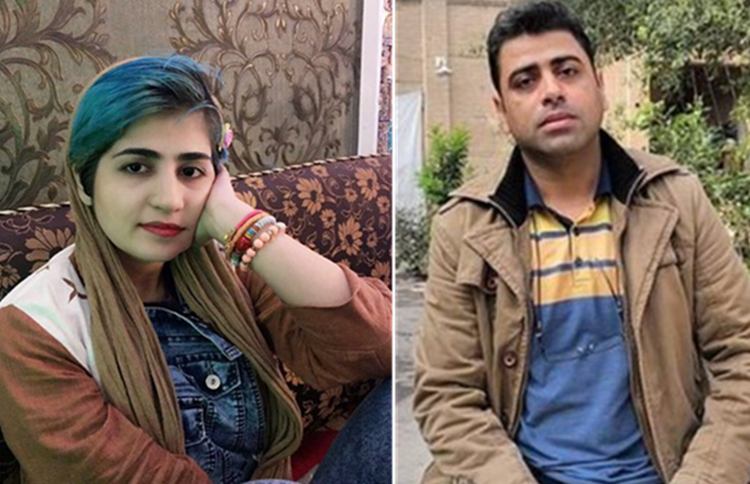 In a short tweet, Qolian said: “I’ve been arrested.”

Since their release from prison in December, Qolian and Bakhshi, who was initially arrested along with several striking sugar mill workers in mid-November, have been speaking out about their torture in custody. The activists’ case regarding their torture is still open in Susa, southwestern Iran.

On Saturday, Iran’s state TV broadcast videos of Qolian and Bakhshi, as well as activist Ali Nejati who is still imprisoned, in which they said that they were not being treated badly in prison and confessed to being linked to a foreign-based Marxist group. Human rights watchdogs have repeatedly condemned Iran for forcing inmates to make “confessions” that are then broadcast on state TV.

Qolian had previously said that the torturers forced her to make the video and threatened to release the video if she ever told people that she had been tortured in jail. Following its release, she said she was more determined than ever to expose the government for torturing her.

She tweeted: “Even if you bring 5,000 Haft Tapeh Sugarcane workers in front of the camera for forced confessions with lashes and batons, it will not make the fact that you are corrupt and cruel any less significant… The images that were broadcasted of me proves what I said before that I was tortured during my incarceration. I will follow up my torture accusations more seriously and now that my confessions were broadcasted, I demand that my court be held publicly.”

Bakhshi’s defence lawyer denied the Iranian Prosecutor General’s statement that the activists could not have been tortured in prison.

He said: “Some officials are trying to terminate the torture case by saying that violence against workers may have been exercised outside the prison when they were being transferred to jail.”

He explained that this violates the supposed impartiality of judicial officials, advising that everyone, including the prosecutor, is barred from passing judgements on a case before the court issues its verdict.

Regarding his torture, Bakhshi said: “I was beaten up and tortured to death for no reason. I was so badly battered that I could not move for 72 hours in my solitary confinement cell. The pain was so unbearable that it made sleeping impossible. Weeks after my release, I still feel intolerable pain in my broken ribs, left ear, and testicles.”

While more than 1,300 activists and workers in Iran and abroad have signed a petition in support for Bakhshi and other workers, demanding that Bakhshi is given the chance to publicly protest and complain against what happened to him in jail.