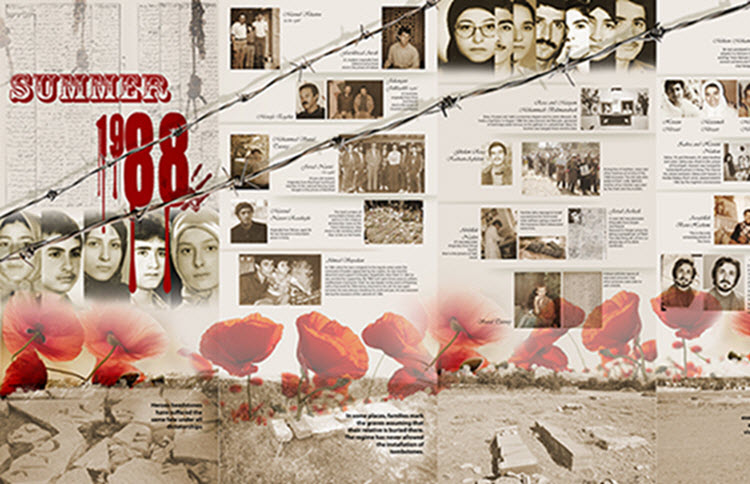 An investigation into a dossier of crimes committed by the Iranian dictators has been called for, as a result of a statement issued by Amnesty International and published by the United Nations General Assembly.

According to the statement, “Between late July and September 1988, the Iranian authorities forcibly disappeared and extrajudicially executed thousands of prisoners for their political opinions and dumped their bodies in unmarked individual and mass graves… Since then, the authorities have tormented the relatives by refusing to tell them when, how and why their loved ones were killed and by keeping their remains hidden. To reinforce secrecy, they have also destroyed mass grave sites and forbidden commemorations.”

It is believed that over 30,000 political prisoners were killed — most of them members and supporters of the Iranian opposition People’s Mojahedin Organization of Iran (PMOI/MEK).

Now, Amnesty International is asking all countries to extend the mission of the UN Special Rapporteur regarding the human rights situation in Iran. Amnesty has also called on Iranian officials to cooperate with this mission.

The statement from Amnesty continues, “Given their widespread and systematic nature, Amnesty International considers that the extrajudicial executions and the ongoing enforced disappearances amount to crimes against humanity, and is calling for urgent action by the international community. No official has ever been brought to justice for these atrocities. Indeed, key judicial and government bodies which must ensure victims receive justice include officials who were tasked with carrying out the killings in 1988.”

The late Asma Jahangir, who served as the UN Special Rapporteur on the human rights situation in Iran, allocated a segment of her August 2017 report to the 1988 massacre. In her report, she confirms that Iran uses retaliatory measures against families who seek information about their loved ones. Her report calls for an investigation, which to date, has not been conducted.

“Iran is facing a crisis of impunity that goes beyond the lack of accountability for the enforced disappearances and extrajudicial executions of 1988,” according to Amnesty’s report, which goes on to say, “Since 2016, the authorities have increasingly glorified the perpetrators of the mass killings as ‘national heroes’ and likened any criticism of the atrocities to support for ‘terrorism’.

“Judicial, prosecution and government bodies, which should be responsible for ensuring justice for both past and ongoing crimes, include senior officials alleged to have been involved in the killings.

Iran’s authorities believe they can commit human rights violations without repercussions. And why not? Members of the 1988 Death Committee still hold high positions within Iran’s government.

Amnesty International wants this crime against humanity investigated, and the people responsible for it held accountable.

By Jubin Katiraie “The decision-making system speaks warmly of transparency,...