Iran Ambassador Tried to Break Two Terrorists out of Jail 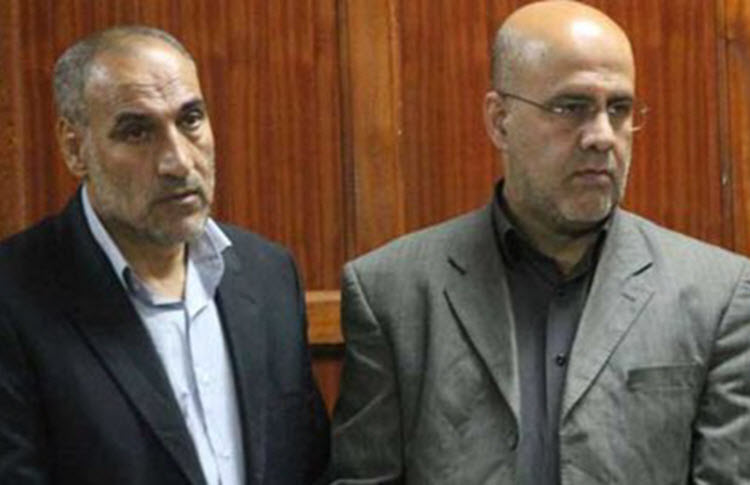 London, 25 Feb – The Iranian ambassador to Kenya reportedly tried to help two Iranian terror suspects escape from police custody, something that will likely increase diplomatic relations between the two countries.

The Directorate of Criminal Investigation (DCI) arrested two suspects on Friday who are accused of defrauding Iranian Ambassador Hadi Farajvand by posing as senior Interior ministry officials who could secure the release of Iranian nationals Ahmad Abolfathi Mohammed and Sayed Mansour Mousavi.

The police say that Farajvand had been looking for high-level Kenyan government contacts to help illegally secure the release of the two Iranians, who are members of Iran’s terrorist Quds Force and smuggle them out of the country.

Mohammed and Mousavi were arrested in 2012 after posing as tourists and planning a terrorist attack. They were sentenced them to life imprisonment by a Nairobi court, but their sentence was commuted to 15 years by the High Court and quashed altogether by the Court of Appeal.

The Director of Public Prosecutions (DPP) challenged the appeal ruling at the Supreme Court and the pair are being held until this decision is made.

The head of the Anti-Terrorism Police Unit Munga Nyale said that Kenya believes Mohammed and Mousavi are high-profile operatives in Iran, so it is possible that the Iranian government would try this prison bust, but reassured the public that there is no cause for alarm as both terrorists remain in prison.

While DPP Noordin Haji said that the pair are clearly a “flight risk” and that he would advise Kenya’s Foreign Affairs ministry to summon the ambassador, who has diplomatic immunity, to explain his actions.

This is not the first time that Iran has attempted to intervene in the case of these two terrorists. Last June, Interpol reported that Iranian officials had attempted to compromise key government employees in order to secure their release.

The real problem is not the terrorists or even the ambassador. It is the malign actions of the Iranian dictatorship as a whole. The Iranian government is the foremost sponsor of terrorism in the world and has been behind several terror plots in the US and Europe over recent months. It should be no surprise that Iran would break the law to have their terrorists released from jail.

Tackling the problem of Iran will take unified international action, such as increased sanctions and diplomatic pressure, as well as support the Iranian people’s call for regime change.

Iran has increased its blackmail campaign over the past...