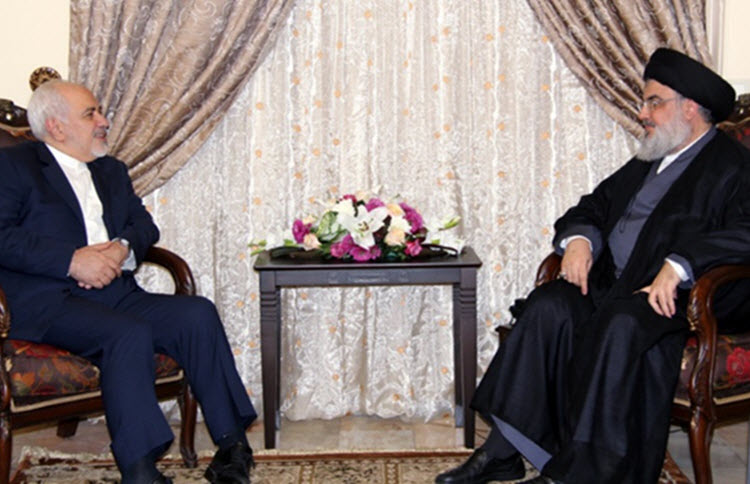 London, 26 Feb – Mohammad Javad Zarif, Iran’s foreign minister, recently remarked that Iran was willing to provide military and economic aid to the Lebanese state. This, while Iran’s economy is in a financial crisis, due to re-imposed sanctions and its own rampant corruption.

Zarif’s visit coincides with the 40th anniversary of the Islamic Revolution. Zarif and Lebanon’s political elite, including Hezbollah, celebrated at a lavish reception in one of Beirut’s ostentatious hotels.

Although Zarif’s diplomacy and soft-spoken demeanor may be viewed as charming by some, they must not forget that Supreme Leader Ali Khamenei is the ultimate arbiter in Iran.

The Lebanese Armed Forces (LAF) is one of the largest recipients of US military assistance, totaling $1.7 billion in aid and equipment since 2007. The relationship with the US started almost three decades ago under the Regan administration. Therefore, Zarif’s offer to provide the Lebanese army with military hardware and training seems to be a ploy meant to alienate Lebanon from the United States.

As well, PM Saad Hariri has chosen to meet with Zarif. Perhaps Hariri fears challenging Iran or Hezbollah. According to Makram Rabah, a lecturer at the American University of Beirut, Department of History, “The recently formed government makes Hariri hostage to his ‘sacred’ alliance with Gebran Bassil, Lebanese President Michel Aoun’s son-in-law and Iran’s main Christian ally, thus placing difficult options for Hariri to overcome. He has to either commit to the economic plan for rescuing his country or stand up against Iran and its enduring hegemony over Lebanon.” He adds, “Hassan Nasrallah had earlier paved the way for Zarif’s statement, by declaring his willingness to personally intercede with Iran to procure an air defense system for the Lebanese state to defend itself against Israeli aggression, thus severing its dependence on US protection. Nasrallah’s not-so-innocent pledge coincided with Hariri’s cabinet announcement that they had agreed on a ministerial statement, which tones down Hezbollah’s weapons and postpones confronting this thorny issue to another time. Nasrallah simply wrote his own ministerial statement declaring that Lebanon is fully under Iran’s sway, and Zarif’s visit is meant to celebrate this obvious reality. Until Lebanon, itself, alters this bleak reality, Nasrallah and Zarif would be better off using their archaic weapons to protect their militiamen across Syria from continued Israeli sorties that have exposed Iran as nothing more than a balding bully, that is simply passing through a political midlife crisis.”

Louis Hobeika, an economic expert, claims that any offer by Iran to provide the Lebanese Army with weapons is impossible.

Iran’s petrol guzzling to be cut back further: president

Reuters: Iran is prepared to pursue nuclear diplomacy with...