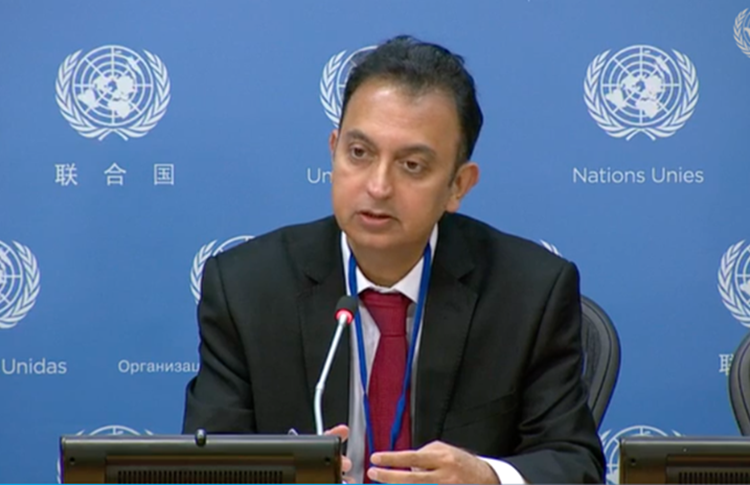 The United Nations Special Rapporteur on human rights in Iran criticised the country’s human rights record at the UN Human Rights Council on Monday, citing its crackdown on protesters and execution of children.

Javaid Rehman, who was presenting his first report to the UNHRC since he took office in July, explained that he saw “worrying patterns of intimidation, arrest, prosecution, and ill-treatment” against labour rights activists and human rights defenders, who took part in the nationwide uprising, but also against lawyers who defended their rights to freedom of expression and assembly.

Rehman urged the Iranian government to release all those still imprisoned for exercising peaceful assembly and association.

He advised that the protesters were forced into the streets due to a “myriad of challenges”, including dire working conditions, rising inflation, late or unpaid wages, decreased standards of living, high unemployment, lack of food, problems accessing health care, and a drought made more severe by the government redistributing water to their factories rather than the people.

He said: “Many have voiced their concern through protests, demonstrations, and strikes. People from diverse sections of society – from truck drivers to teachers to factory workers – across the country have protested. It is in this context of increased challenges that concerns are mounting about human rights, including the rights to freedom of peaceful assembly and to association in Iran.”

While Rehman welcomed a reduction in the executions of drug offenders over 2018, he pointed out that, disturbingly, Iran also executed six juvenile offenders last year, and called on Iran to abolish the death penalty for children and commute all existing sentences in order to comply with international law.

He said: “The practice, illustrated in numerous cases reviewed, of waiting until the child offender reaches the age of 18 before execution, repeated postponements, and the inherent vulnerability of the child given his or her age, amounts to a pattern of torture and other ill-treatment.”

In Iran, girls can be sentenced to death at just nine-years-old, while boys can be given the death penalty at age 15, which is a breach of various UN conventions. There are at least 85 child offenders still on death row.

The Iranian Ambassador to the UN, Esmaeil Baghaei Hamaneh, denied this, but Iran has continually rejected Rehman’s requests to visit the country. Something noted by Vienna-based Iranian human rights activist Hassan Nayebhashem, who attended Monday’s meeting, in his criticism of Hamaneh’s comments.

Nayebhashem explained that Iran’s position was inconsistent and that there was nothing new about Hamaneh’s comments. Indeed, they seemed to be almost identical to those of Javad Larijani, an Iranian “human rights” official who previously addressed the council.

Reuters: Oil on Friday broke through the psychological $60...