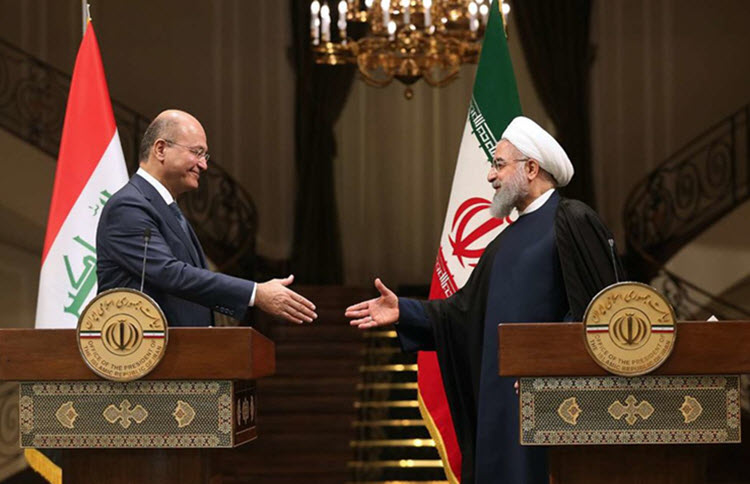 Iranian President Hassan Rouhani is often portrayed as a reformist and a moderate by the western media, but his credentials have deteriorated during his two terms of office. He has presided over the execution of 4,000 people, many of them political prisoners and many of them women. These executions are often public. Iran has the highest rate of executions per-capita of any country in the world, and the UN has condemned the theocratic dictatorship that rules Iran no fewer than 65 times.

As well, the IRGC and its extra-territorial Quds Force have been responsible for the export and sponsorship of terrorism across the Middle East. Bashar al-Assad’s civil war in Syria, now entering its eighth year, is backed by them, as are the Houthi rebels in Yemen, and Hezbollah in Lebanon.

Iranian-backed Popular Mobilization Forces in Iraq, commanded by leading Quds Force General Qassem Soleimani, seemed to help oust Daesh (ISIS) from the country, but many believe that Soleimani exploited the opportunity to oversee the almost complete destruction of Fallujah, Ramadi, and Mosul in the process — along with the genocidal ethnic cleansing of Iraq’s Sunni population from those ancient cities.

Since the fall of Saddam Hussein, Iran has continued to interfere in the internal affairs of Iraq and tried to turn the country into a Shi’ia province of Iran. Therefore, Rouhani’s 3-day visit to Iraq should sound alarm bells across the Middle East.

Iran’s economy is in free fall after sanctions were imposed by the Americans following President Trump’s withdrawal from the nuclear deal. The recent annual budget cut the funding of the Islamic Revolutionary Guards Corps (IRGC) by 75%. The Mullahs are panicking; as nationwide protests have rocked Iran for more than a year. 80 million Iranian citizens are tired of corruption and aggressive foreign meddling, especially as much needed funds are spent on this adventurism. They are demanding the Mullahs’ downfall.

Supreme Leader Ali Khamenei gave instructions to Rouhani to go to Iraq to secure a military highway that will enable the transport of missiles, weapons, and personnel to conflict zones throughout the region. According to Struan Stevenson, President of the European Iraqi Freedom Association (EIFA), “The Iraqis should understand that Rouhani’s visit to Baghdad can only result in more problems for Iraq. Iraq’s best course of action will be to demand an end to Iranian interference in its internal affairs and the complete withdrawal of Iran from its territory.”

Reuters: France is treating Iranian overtures to the international...

Iran has set up torture chamber in Iraqi capital – report