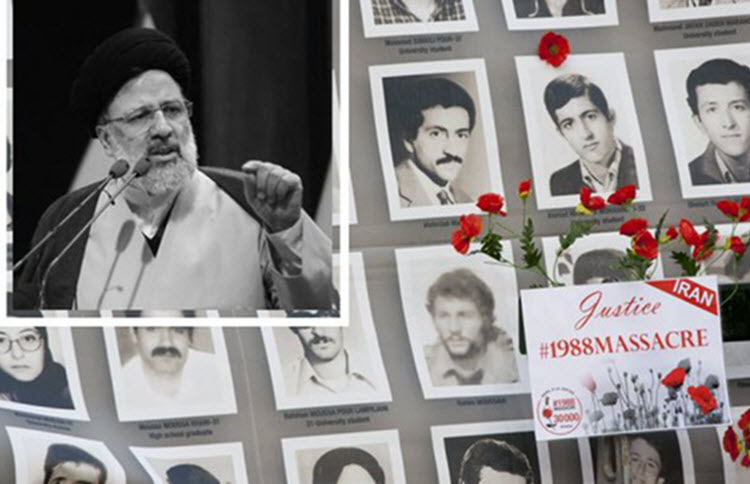 A human rights group has published the cases of 100 human rights violators in Iran in the first volume of a series of books, titled “The Face of Crime”, which declares that many of those in power in Iran are guilty of despicable crimes against humanity, including the Supreme Leader Ali Khamenei, President Hassan Rouhani, and Judiciary Chief Ebrahim Raeisi.

Of the people on Justice for Iran’s (JFI) list, 25 are working for entities under the direct supervision of Khamenei, while 50 more serve in judicial capacities, another 36 are in governmental positions, and one is a member of parliament. Other notable names on the list include the former head of the judiciary Sadeq Amoli Larijani and former Prime Minister Mir Hossein Mousavi.

The JFI say that only 41 of those named so far have been held accountable for their crimes internationally (with none being held accountable domestically) and are banned from travelling to Europe and North America, with their foreign assets frozen.

The listed people stand accused of a wide variety of human rights violations from murder to torture, assassinations to the suppression of dissidents over decades, sexual torture to the 1988 massacre of political prisoners.

The mission of JFI, a non-profit, non-governmental, human rights organization, is to expose human right violations in Iran and those responsible to account for their actions. In their next book, they will expose another 400 human rights violators in Iran.

The 1988 Massacre of 30,000 political prisoners is widely considered the greatest crime against humanity since WWII, but no one has ever been brought to justice. In fact, many hold powerful positions in Iran today and are praised for their crimes by other Regime members.

Last year, Amnesty International (AI) released a 200-page report on the massacre, entitled “Blood-soaked secrets: Why Iran’s 1988 prison massacres are ongoing crimes against humanity”, and called on the United Nations to “set up an independent investigation” into the massacre and the subsequent cover-up.

Philip Luther, Research and Advocacy Director for the Middle East and North Africa at Amnesty International, said: “These blood-soaked secrets from Iran’s past continue to haunt the country to the present day. This report unravels the web of denials and distortions that the Iranian authorities have perpetuated over thirty years, both at home and internationally, to hide the truth that they forcibly disappeared and systematically killed thousands of political dissidents within a matter of weeks between late July and early September 1988.”

Luther said: “Instead of continuing their cruel attacks against families, the Iranian authorities should be ensuring their right to truth, justice, and reparation – including returning victims’ bodies and identifying remains by allowing professional exhumations of mass graves and DNA analysis.”

Woman in Iran sentenced to be blinded by acid

Iran cracks down ahead of election

Wall Street Journal: The Iranian government has launched a...