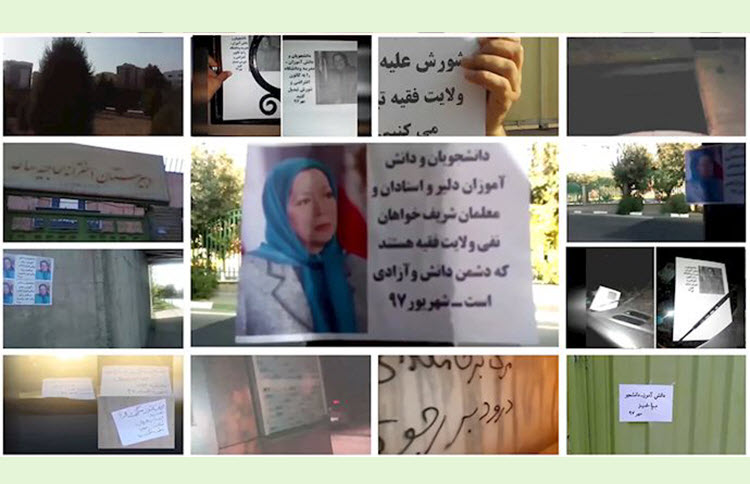 Iran’s main opposition group the People’s Mujahedin (MEK) on Tuesday announced the names of 28 anti-regime activists arrested, some as little as a month ago, for their role in nationwide protests against the regime.

The MEK, also known as the Mujahedin-e Khalq (PMOI), called for urgent international action for the protesters’ release.

Iran’s Intelligence Minister Mahmoud Alavi announced on April 19, 2019: “Over the past year, 116 teams related to the MEK have been dealt with.”

In a statement, the National Council of Resistance of Iran (NCRI), the opposition coalition that includes the MEK, said Alavi was trying to “boost the morale of the regime’s depressed forces after the terrorist designation of the Islamic Revolutionary Guard Corps (IRGC), by making ridiculous claims such as the mullahs’ Gestapo had achieved an ‘intelligence epic’ by following ‘Khamenei’s guidelines’ over the past year”.

The NCRI emphasized that the number of activists arrested in the past year is far greater than the figures provided by Alavi. The NCRI responded to Alavi by demanding the regime publish the names of all those arrested.

The following are the names of the 28 detained opposition activists, as published by the MEK:

A Christian prisoner in Iran

Wall Street Journal: Iran's leaders are preparing for another visit...