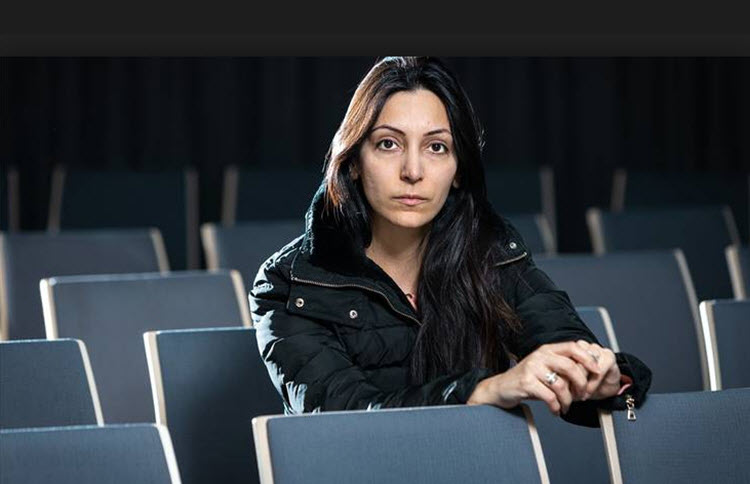 From Switzerland, where Dabrina Bet-Tamraz managed to flee with the help of friends, she spoke about the persecution and suffering to which her family is being subjected after being sentenced to lengthy prison terms for “crimes” related to Christianity.

Bet-Tamraz is the daughter of a former pastor in Iran, Victor Bet-Tamraz. She alleges, “I was arrested many times in Iran. I was threatened, forced to cooperate with the government against pastors, Christian leaders and church members. I was kept in custody with no legal permit, with no female officer present and in male surroundings.

“I now feel safe in Switzerland, but when Iranian MOIS [intelligence agency] officers published an article on social media with my pictures and home address — encouraging Iranian men living in Switzerland to ‘pay me a visit’ — I had to move to another house.”

Nearly a year ago, Dabrina appealed to the UN’s Human Rights Council in Geneva to intervene to overturn the “false and baseless charges” imposed on her father, mother, brother, and other Christians and Christian converts in Iran. Dabrina’s mother, Shamiram was summoned to the Office of the Prosecutor in Evin Prison and sentenced to 10 years in jail for “membership of a group with the purpose of disrupting national security” and for “gathering and colluding to commit crimes against national security.”

Appeals of convictions are pending for all family members, who are currently out on bail and awaiting further hearings. Dabrina says that her family, “are trying to survive, not knowing what is going to happen next, not being able to make plans about their future. Their lives are just on hold.

“All my father’s money has been frozen. He has no income now and is not allowed to have a government job. He is 65 years old and is living on a pension that is not even enough to pay for food.

The Bet-Tamraz ministry — the Assyrian Pentecostal Church in Tehran — was shut down by the Iranian Interior Ministry in 2009, for offering services in the Persian language. Ethnic churches in Iran are not permitted to do this. After Bet-Tamraz was ousted and replaced with a different religious leader who conducted services in Assyrian, the church was once again allowed to open.

Now, Amnesty International has launched a campaign demanding that the Iranian government “quash the convictions and sentences” of Bet-Tamraz, his wife, and the two other Christian defendants, and to “respect the right to freedom of thought, conscience and religion.”

The Iranian Judiciary and Tehran’s Prosecutor General was sent a public letter by The Assyrian Policy Institute requesting that they dismiss the charges against these Christians and “stop the harassment, arbitrary arrest and detention, and imprisonment of Christians, including converts, in Iran.”

A group of United Nations “special rapporteurs” on human rights issued a joint statement calling on Iran to “ensure a fair and transparent final hearing” for Bet-Tamraz and the two Christian converts last year. The statement read, in part: “We are aware of several other reported cases in which members of the Christian minority have received heavy sentences after being charged with ‘threatening national security’, either for converting people or for attending house churches.

“This shows a disturbing pattern of individuals being targeted because of their religion or beliefs, in this case a religious minority in the country.

“Members of the Christian minority in Iran, particularly those who have converted to the faith, are facing severe discrimination and religious persecution.”

The International Christian Concern, has reported on an organization they call “Iran’s Terror Factory” that targets Christians, saying, “In Iran, any practice that contradicts Islam is regarded as a national security threat, punished severely by the court system.

“Revolutionary courts were created to guard against all threats to Islam. These courts have evolved into a well-oiled machine of oppres¬sion that operates with impunity under state protection. The courts are closely intertwined with the Intelligence Ministry. Judges have at their disposal Revolutionary Guards (secret police) and a network of prisons used to torture and interrogate Christians.”

An Iranian Christian minister, Dr. Mike Ansari from Heart4Iran, has said, regarding victims of this court system, “If you recant and repent, you’ll go to jail. And if you don’t, you’ll be killed.”

The International Christian Concern report added that “The penal code lacks guidance for the judiciary regarding Muslim converts. Christians may be looking at large fines, detention, lengthy prison sentences, or even execution under Islamic Sharia law. The sentences of Christian converts are left up to the interpretation of the judge and may be founded on anything — the judge’s mood that day, what he had for breakfast, his interpretation of Sharia law, or his level of hatred toward Christianity.”

According to Dabrina, this system is responsible for her family’s plight. “The judge has not even found enough evidence to sentence my mother.” She said the problem is that no date for the next hearing has even been set.

Complexity does not describe the current state of Iran's...