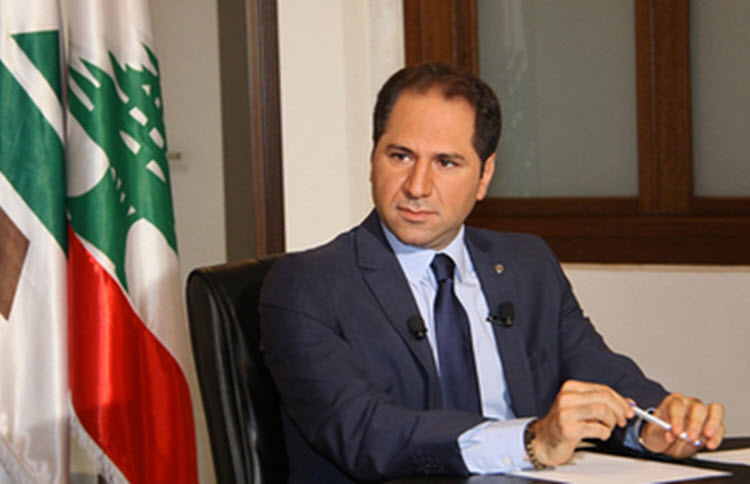 In an interview with Al Arabiya, the head of Lebanon’s Kataeb opposition party Sami Gemayel indicated that the political situation in Lebanon is changing rapidly. He said that the country is being controlled by Hezbollah with the involvement of Iran and Syrian President Bashar al Assad.

Gemayel’s party is the only true opposition group in Lebanese politics and he believes that Hezbollah’s actions are proving to be a major problem. He mentions Hezbollah’s involvement in defending Lebanese borders, pointing out that it should be the national army doing this job.

Speaking about the role of weapons, Gemayel said that Hezbollah is using them for sinister means – not just to defend the country’s borders. He said that the weapons undermine the country’s democratic system because they influence political life. They “take Lebanon to a completely different place”.

Gemayel spoke about the political parties in Lebanon, saying that there was Hezbollah that does not have the best interests of the country at heart, and then a bunch of parties that are concerned more about trivial matters that ignore the current concerns, then the Kataeb party.

With regards to the silence that has surrounded the weapons issue, Gemayel said that the situation is unacceptable. He said that the silence has become “official” but maintains that “there is no reasonable national logic that accepts to overlook sovereignty or a militia that’s present on its ground and that uses these arms in all occasions”.

He also states that Hezbollah’s position has had a detrimental effect on the country’s standing with the rest of the world. He gives the example of the recent Arab summit, pointing out that on previous occasions all Arab heads of state would have been in attendance, however at the most recent one they all decided to boycott Lebanon.

When asked if he believes that Lebanon is now Hezbollah’s state, Gemayel said that it is “aligned with the Iran-Hezbollah-Bashar al-Assad axis”, adding that Lebanon is defending Syria’s existence in the Arab League.

Expanding on Iran’s role, Gemayel said that there is no distinction between Hezbollah and Iran. He notes that Hezbollah had admitted that it is funded and armed by Iran, with even food and clothing being supplied by Iran. “They are an integrated unit, ideologically, financially, politically and regionally,” Gemayel affirmed.

Indeed, Iran provides Hezbollah with extensive support in all shapes and forms. Iran has long seen the Lebanese Hezbollah group as a brilliant opportunity to expand its influence the whole way across the region. Iran’s regional ambitions are facilitated by numerous proxies and militias and its survival depends on them.

However, the tide is turning for Iran because the United States is not going to let Iran get away with its bloody rampage across the region. The Trump administration has identified Iran as the number one threat to peace and security in the Middle East and it is taking bold steps to curb its influence. The current economic sanctions are in place to cut the regime off from the revenues it uses on malign acts and they are already working because its funding of Hezbollah has been slashed.

The Khuzestan protests over water shortages entered their 12th...

AP: The deadline is approaching for Iranian diplomats to...