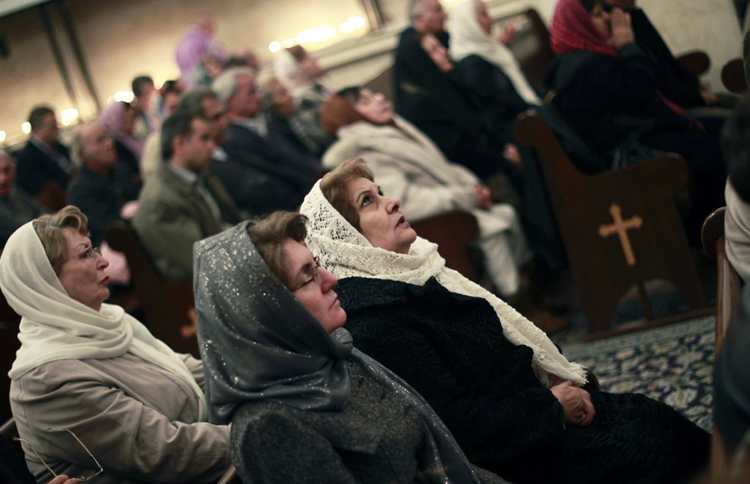 On Monday, July 1, eight newly converted Iranian Christians were arrested in the southern city of Bushehr at their houses; some of them were members of the same family. Security forces raided and searched their houses and confiscated their Bibles, Christian statues and signs, wooden crosses, paintings, laptops, cellphones, ID cards and credit cards. The children witnessed all of these events as well as the cruelty by security forces in arresting their parents.

So far there is no news about the reason for the arrest or about the whereabouts of the victims.

The victims were identified as: Sam Khosravi, 36, and his wife, Maryam Falahi 35; Sam’s brother Sasan Khosravi, 35, and his wife Marjan Falahi, 33; Sam’s mother Khatoon Fatolahzadeh, 61; Poorya Peyma, 27, and his wife Fatemeh Talebi, 27; and Habib Heydari, 38. Mrs. Fatohlahzadeh was released on the same day due to her age.

With this arrest, the number of Christians arrested in 2019 has reached at least 34.

Although legally Christians are recognized as a religious minority, yet the Iranian regime’s security organizations sensitively follow the subject of conversion from Islam to Christianity, which they define as illegal apostasy, and deal with Christian activist with cruelty.

The cruel behavior toward the newly converted Christians in Iran happens while according to article 18 of the International Covenant on Civil and Political Rights, everyone shall have the right to freedom of thought, conscience and religion. This right shall include freedom to have or to adopt a religion or belief of his choice, and freedom, either individually or in community with others and in public or private, to manifest his religion or belief in worship, observance, practice and teaching.

AP: Iran's official news agency is reporting that a...

Washington Post: The international bank HSBC says it is...