Iran Defence Chief Advocates for Increased Military Ties With Iraq, Potentially at Risk of US Troops 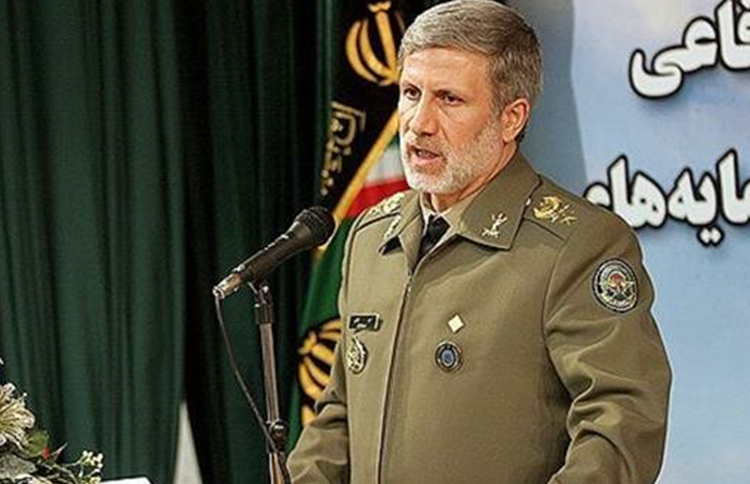 Iran’s defence chief reportedly advocated on Thursday for the country to increase military and defence ties with Iraq, where Iran-backed Shiite militias and roughly 5,000 American service members are located.

He said: “We consider Iraq’s security, stability, and progress as being in the interests of the region, and have always defended it.”

Iran’s state-run Mehr News Agency also reported on the story, saying that Hatami called for an increase in defence and military relations between the two nations in order to strengthen their combined regional power.

The Iraqi defence chief responded by expressing gratitude to Tehran, saying, “Iraq and Iran share many common interests, and their security and stability are intertwined”.

Of course, it’s important to note that the Iranian theocracy still has a lot of influence and control over Iraq, another Shiite-majority country, with the Iran-backed Popular Mobilization Forces (PMF), an umbrella organization of Shiite militias with tens of thousands of members, wielding unprecedented power and legitimised by the Iraqi government as a member of the security forces.

These comments come at the same time that tensions between the US and Iran are at an all-time, with the nations almost going to war last month, after Iran shot down an unmanned US drone and the US blamed Iran for several attacks on tankers near the Persian Gulf.

These tensions have been rising for over a year now, since Donald Trump pulled the US out of the 2015 nuclear deal, noting that the deal widely favoured Iran’s finances above global security, and began reimposing sanctions on Iran, including its oil exports, in a maximum pressure campaign. Iran responded to the crippling sanctions by vowing to close the key shipping lane, the Strait of Hormuz, and violating the nuclear deal.

The PMF and Iran have previously called for pushing the US out of the Middle East, which leads many experts to believe that American troops may be in danger. The Pentagon’s inspector general said that the PMF and other Iran proxies in the Middle East pose a threat to US troops in Iraq and Syria, where an additional 2,000 service personnel are stationed.