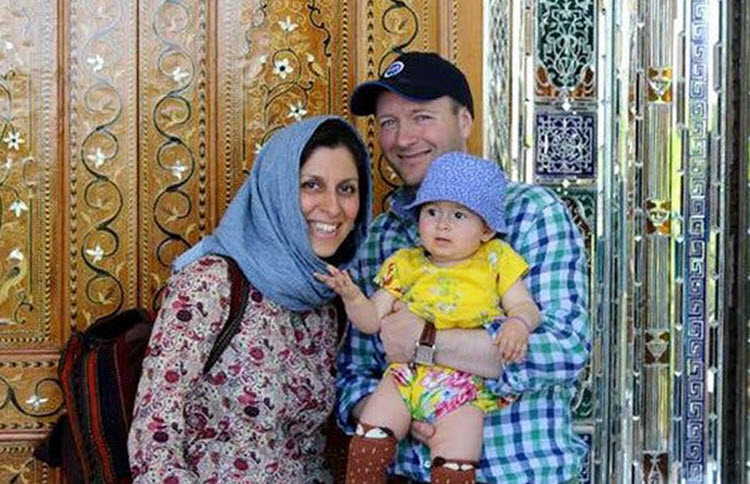 A British charity worker falsely imprisoned in Iran has been returned to prison on Saturday after spending nearly a week on the mental ward of a public hospital, according to her husband.

Richard Ratcliffe said Monday that his wife Nazanin Zaghari-Ratcliffe reported to him that she was “broken” after spending six days chained and under heavy guard in a psychiatric institution.

She told him: “I am all right, broken, but I survived. I wasn’t allowed to leave the room, as I was chained to the bed. It was proper torture. I am relieved I am back to prison.”

Ratcliffe relayed these comments in a lengthy statement detailing her detention in the mental ward.

She is being held in Tehran’s notorious Evin prison, which is used to hold political prisoners.

Ratcliffe, who has been campaigning for her release for over three years, said that he hoped Iranian medical officials would consider releasing her on health grounds because of the “deeply traumatising” transfer to the mental unit.

He said: “Her lawyer will be pressing the Health Commission to finally rule that Nazanin is not fit to stay in prison and can be granted unconditional release.”

Zaghari-Ratcliffe, 40, was reportedly allowed to see her mother and five-year-old daughter Gabriella on Sunday; something that she was denied during her hospital stay and at various times during her imprisonment.

Zaghari-Ratcliffe is serving five years in prison for the charge of attempting to overthrow the Iranian clerical establishment during her visit to the country in March 2016, which was in actual fact to spend Iranian New Year with her family and introduce her then-baby daughter to her mother’s family. She was arrested at Tehran Airport in April 2016 as she tried to return home and the authorities confiscated the passport of Gabriella, who is a solely British citizen, so she is forced to reside in Iran, but luckily her maternal grandparents can care for her.

The charges are denied by Zaghari-Ratcliffe and the Thomson Reuters Foundation, for which she works.

The real reason for her imprisonment is that Iran needed a bargaining chip with the UK, which is why they often seize foreign nationals, according to Iran watchers.

Zaghari-Ratcliffe’s time on the mental ward coincided with Iran’s seizure of a British-flagged tanker in the strategic Strait of Hormuz on Friday, which was an apparent retaliation for British authorities detaining an Iranian vessel for shipping oil to Syria in violation of EU sanctions.

Iran: Findings of the 9/11 Commission

Iran Focus: The following are excerpts from the 9/11...