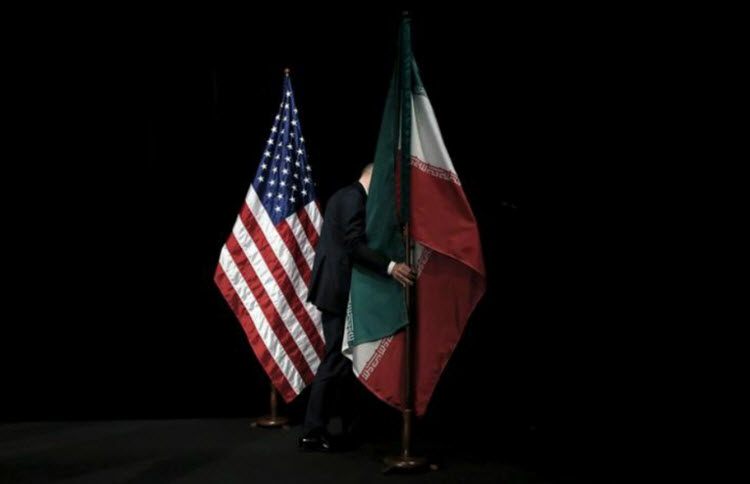 London, 23 Jul – As military tensions between Iran and the West rose on Monday, Washington and Tehran increased the rhetoric between them.

Donald Trump told reporters at the White House that he was ready for “the absolute worst” from Iran, which is “the number one state of terror in the world”, and said that the mullahs’ continued malign actions were making it more difficult for him to negotiate with them.

This announcement came just hours after Iran’s ministry of intelligence claimed that it had arrested 17 US spies, who were working at Iran’s military and nuclear facilities, and sentenced some of them to death.

An Iranian official said that the supposed agents had “confessed” in prison that CIA agents gave them “tempting promises, including immigration to the United States, a decent job and money”. It is worth remembering that Iran usually uses coercion including physical and mental torture to draw false “confessions” from detainees.

However, both Trump and US Secretary of State Mike Pompeo rejected Iran’s claims.

Trump tweeted: “The Report of Iran capturing CIA spies is totally false. Zero truth. Just more lies and propaganda (like their shot down drone) put out by a Religious Regime that is Badly Failing and has no idea what to do. Their Economy is dead and will get much worse. Iran is a total mess!”

While Pompeo told Fox News: “The Iranian regime has a long history of lying… I would take with a significant grain of salt any Iranian assertion about actions that they’ve taken.”

Of course, this is far from the first time Iran has claimed to arrest American spies. In April, Iran’s Mehr news agency said Tehran had uncovered a US spy network with hundreds of agents. While a US official disputed similar claims by Iran in June.

This latest incident comes as Iran has become increasingly aggressive in the Strait of Hormuz, by seizing a British-flagged oil tanker on Friday.

British Foreign Secretary Jeremy Hunt labelled this an “act of state piracy” on Monday and said the UK is trying to create a European-led naval mission to protect ships in the region. The US has proposed leading a similar naval coalition recently.

James Carafano, a national security analyst at the Washington-based Heritage Foundation, said that it’s difficult to protect all merchant vessels in the strait, so more nations should come together in “an international commitment to freedom of navigation”.

Iran has also in recent weeks shot down a US surveillance drone in the area and threatened the USS Boxer with an Iranian drone.

Reuters: A member of the cross-sectarian Iraqiya bloc that...

Reuters: The adoption of tougher sanctions against Iran over...