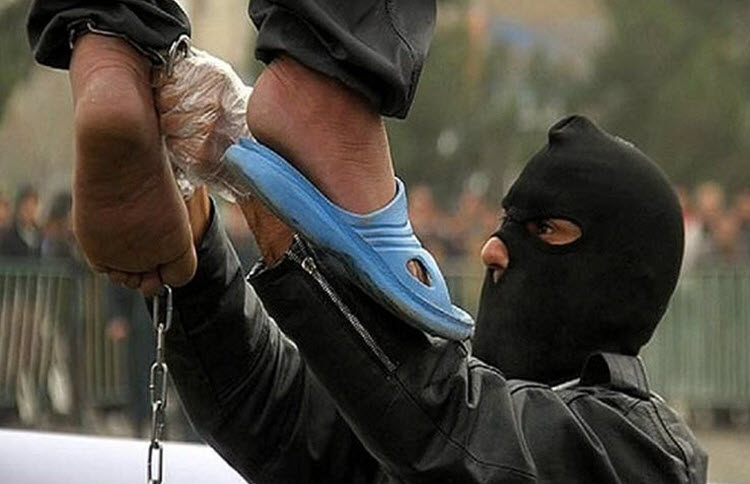 The victims have been identified as:

They were all, in accordance with Iranian government’s tradition, moved to solitary confinement on August 26 to be prepared for execution.

In related news, Iran executed Hamidreza Derakhshandeh, 47, in public on Wednesday. He was convicted of killing a notorious Friday Prayer Leader in Kazerun, Mohammad Khorsand, who Derakhshandeh said was stealing from the poor people in the province. He was executed in the same square that he had killed Khorsand in.

While on Monday, in Babol, Mazandaran Province, northern Iran, Iran hanged another man in public. State media reported that a 25-year old man, identified only as “H”, was executed in the city’s Babolkenar Park.

Also on Monday, Iran executed a woman in Mashhad prison. The woman was not identified but was convicted of murder. She was the 94th woman executed since supposed moderate Hassan Rouhani became president in 2013.

Tehran is the world leader in executions and executions of women per capita. Over 3,800 people have been executed during Rouhani’s term in office.

In a report to the United Nations General Assembly, circulated on August 16, 2019, the UN expert on human rights in Iran Javaid Rehman said that “the number of executions [in Iran] remains one of the highest in the world”.

He also expressed concern over the number of offences, many which are not considered serious crimes (or even crimes at all) under the International Covenant on Civil and Political Rights. This includes adultery, homosexuality, drug possession, “waging war against God, corruption on Earth, blasphemy and insult of the Prophet” Muhammad.

In fact, Iran uses the death penalty to keep its shaky grasp on power and to silence the disgruntled people of Iran, most of whom live under the poverty line because of the government’s economic crisis.

By Jubin Katiraie The outbreak of the coronavirus in Iran,...