Iran’s Prisons Are ‘Hell on Earth’ 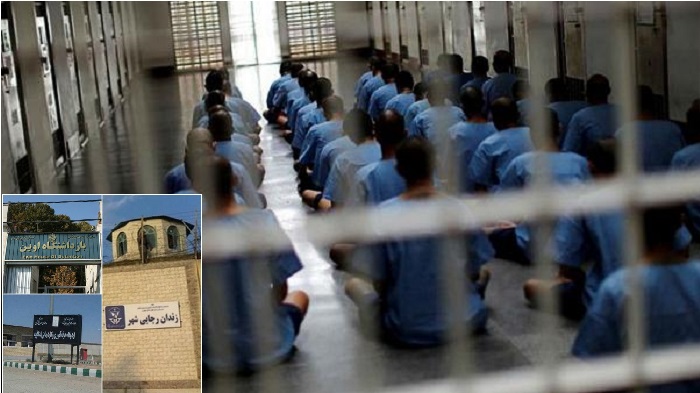 According to global statistics, Iran occupied the sixth place in the world in terms of the most number of prisoners. Yet Iran ranks 19th globally in terms of population. Yet the situation in Iran’s prisons is unique because of the methods of torture and intimidation, especially toward political detainees.

After Ebrahim Raisi was appointed Iran’s Judiciary Chief earlier this year, he completely transformed prisons into centers of torture and forced disappearances, according to sources in Iran.

A report from inside the Karaj Central Prison reveals:

The density of prisoners in the prison cells

The capacity of the halls of the central prison in Karaj is for 200 persons, but with the transfer of large numbers of prisoners to the halls, they have increased the population to 700. Due to the lack of beds in the cells, many inmates are sleeping on the ground and on cardboard boxes. Prison hygiene is very low and the environment is dirty and unhealthy.

Shortage and lack of water

Lack of hygiene is exacerbated by daily water cuts. Prison water is disconnected every day for four hours from 2-6 pm. When the prisoners protested, the prison chief responded by saying, “Go thank God that the electricity is not cut off.”

Threats and repression, consequences of prisoners’ protest in prison

Inmates who protest against the deteriorating prison situation face consequences including ostensible ‘accidents’ or ‘suicide’. While the prison chief and wardens control the prison, they repress every protest and beat the prisoners in various ways.

The forced disappearance of prisoners

Any protest that includes more than one prisoner is considered a riot. Protesters are killed very easily or severely wounded with knives. According to some witnesses, on occasions, prisoners do not return after being thrown into solitary confinement. The wardens explain that the prisoners had committed suicide.

Distribution and trafficking of drugs by prison chief

Prison chiefs and guards have transformed the prison into drug distribution centers.

On the other hand, wardens have cut the food of the prisoners by a quarter. The size of the bread is getting smaller and the prisoners are not getting proper meals. The prison shop has bought the “Sangang” bread from outside of the prison, and it sells bread to the inmates at a price of 20,000 rials. Prisoners have to ask their families for money to buy their daily bread. For example, the food that goes into jail is a small amount of boiled pink rice with no meat. But the jailers say that this is rice with meat.

Prisoners’ costs are borne by their families

Prisoners are not given any sanitation supply and have to pay for it by themselves. For a prisoner who has no savings, no income and no wealth and has been previously the head of the family, it is a daily shame and torment. So the prison costs are all heavily burdened on his family members. In addition to being a member of the prisoner’s family, they must seek to cover the costs of the prisoner which is the duty of the prison organization.

Video conference for prisoners on trial

Prisoners are also currently being tried by video conferencing rather than being transferred to a court. In this way, the prisoner is not able to defend himself in the presence of his lawyer. The guards cite the lack of soldiers for transferring prisoners to court.

AP: President Bush says it was a "reasonable decision"...