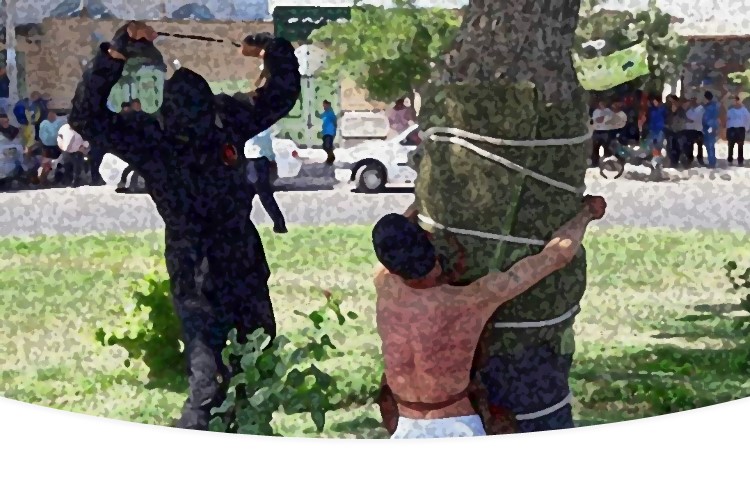 A young man was flogged publicly in the central Iranian city of Shahreza on Wednesday, a local website has said.

The state-run Shahreza News website quoted the Revolutionary and Public Prosecutor of the city as saying that the unnamed 23-year-old man was sentenced to public flogging for robbery.

Amir Hossein Razazadeh said: “According to a sentence by the Branch 103 of the Shahreza Criminal Court and after confirmations by the court of review, the sentence was carried out… All available facilities and capacities would be used to maintain and create stable security in the city.”

The Prosecutor confirmed that at 11 am local time, the young man was flogged 74 times in the city’s Shohada Square.

Iran is legally obliged, under the International Covenant on Civil and Political Rights to which it is a party, to ban torture and other cruel, inhumane and degrading treatment or punishment. But Iran has not done so, with almost daily reports of torture, especially of political prisoners, and countless cruel sentences, such as flogging or amputations, handed down each year.

The news report said that the young man had been allegedly robbing homes and stores since he was a teenager but failed to take into account the rampant levels of poverty in Iran that these crises. If someone steals to feed their starving family, it is the system that allows people to starve that is wrong, not the person desperate to survive.

Even Iran’s notorious Attorney General Mohammad Jafar Montazeri admitted last year that robbery cases had increased compared with previous years because of rising poverty levels that put 80% of Iranians below the poverty line and unable to afford food and shelter.

While confirming that theft accounts for 28% of all crimes in Iran, Montazeri said that “unemployment” and the “closure of factories” were all factors in the higher number of thefts, admitting that the backbreaking economic pressures have forced some poverty-stricken people to steal.

He said: “According to the statistics of the judiciary and the police, unfortunately, robbery is second in terms of crimes in the society.”

The report also featured a picture of the public flogging, which shows a man being held down on a metal bed and beaten in front of a stunned crowd. It is a disturbing image, showcasing the depravity of the mullahs and their stooges, who choose violence over compassion at every opportunity.

FM vows Iran will not retreat in nuclear standoff