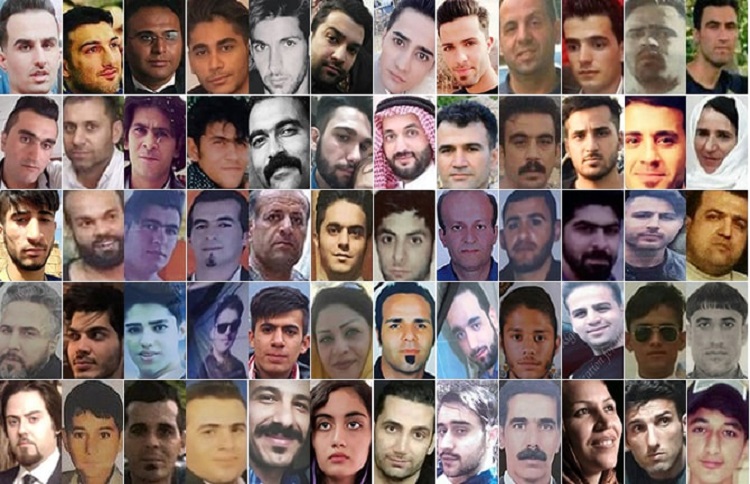 An Iranian political prisoner is in a critical condition, too weak to even stand up on his own two legs, and in need of urgent medical treatment and surgery in an actual hospital, but the Iranian authorities are denying him the care he needs.

Akbar Bagheri passed out on Sunday, January 19, due to increased pain and anaemia and had to be taken to the prison medic by his fellow prisoners. The doctor said that, due to his severe anaemia, his blood was not reaching the heart, but they still only gave him a serum and sent him back to the cells.

Bagheri suffers from intestinal problems, anaemia, liver problems, kidney problems, and skin issues, with the doctors at Evin Prison recommending that he needs surgery, but he has never been sent for it.

Last April, when he was supposed to be transferred to a hospital for surgery, he was in fact moved to the Greater Tehran Penitentiary, where violent offenders are housed. There he went on a five-day hunger strike in May to protest his transfer and being deprived of appropriate medical care. He went on a second hunger strike in August to protest his lack of access to medical treatment, as well as his legal conditions.

Despite constant follow-ups by his lawyer and his family, Bagheri is still not given the right care.

Bagheri, a supporter of the banned Iranian opposition group People’s Mojahedin Organization of Iran (PMOI/MEK), was first arrested in 2017 when security forces raided his home. He was kept in solitary confinement at Diesel Abad prison in Kermanshah and subjected to severe interrogation for two months before being temporarily released on bail.

On February 21, 2018, he was arrested again during a protest rally at the Iranian parliament organised by the defrauded investors of the Revolutionary Guards (IRGC) Caspian credit firm. He was kept in solitary confinement on the Ministry of Intelligence and Security (MOIS) ward in Evin for 48 days, before being moved to Ward 4.

He was sentenced to nine years in prison by branch 15 of Tehran’s Revolutionary Court in July 2018.

Bagheri was the main carer for his daughter, 6, and his elderly mother. The pair live together, but money is very tight, and they are living on the breadline. As they live in Kermanshah, which is some distance from Tehran, they are not able to visit him.

Daemi was charged by authorities at Evin Prison and the Revolutionary Guards (IRGC) with collusion and assembly against national security for:

During the trial, headed by Investigator Allahyari, Daemi was threatened with being exiled to a prison in a distant city. Daemi, who has been banned from seeing her lawyer since the previous case, was testified against by 17 members of staff from the women’s ward, including the head Fazeh Abdolhamidie.

Hossein Daemi, Daemi’s father, said: “They did not allow us to visit Atena. We saw her as she was being returned from the Prosecutor’s Office of Evin. My daughter’s physical condition is not good. But she has high spirits and strong will. So long as I’m alive, I’ll continue to be her voice, and I will reveal the oppressor.”

In related news, the Women’s Committee of the National Council of Resistance of Iran (NCRI) said that female rights activists are being pressured to make false confessions.

Kurdish rights activist Hajar Adressi was arrested in September and tortured in order to gain “televised confessions”. She is currently in Khoy prison and is not allowed to see her family.

While activist Leila Tirandari has been on hunger strike for nearly a month over her treatment and is in critical condition. She has scars all over her body, including inside her mouth, and was unable to speak during her family visit.

Activist Parisa Seifi was arrested on November 12 and is being pressured to make false confessions, while Baha’i follower Faraneh Mansouri, who was arrested because of her religion, is prevented from making phone calls on accessing a lawyer.