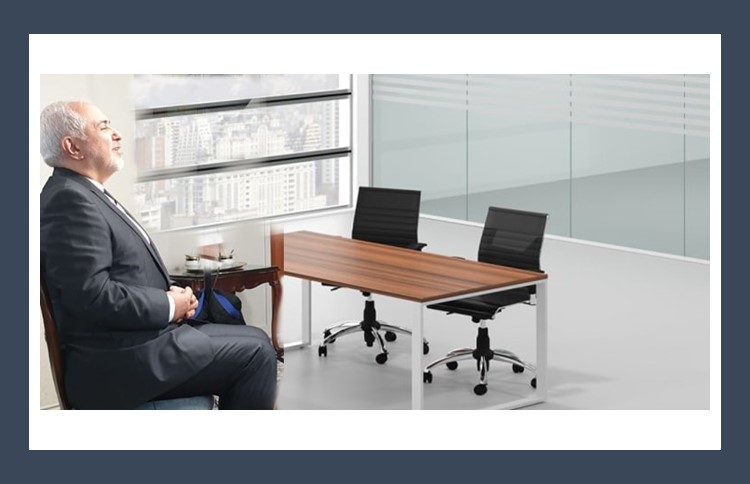 Iran’s Foreign Minister Mohamad Javad Zarif, even after the eliminating of Iran’s Quds force commander, is ready to negotiate.

Speaking to Der Spiegel on 24 January, Zarif said in a humiliating retreat that “even after Soleimani’s elimination, Iran is ready to negotiate with the United States. Removing the current economic sanctions against Iran is one of those conditions.”

This time while the Iranian regime saw that the opponent acts very strong and it is certain that there are no more billion-dollar gifts delivered in cash by airplane directly to the regime, in a humiliating withdrawal they decided to justify negotiations with the US.

Javad Zarif, to hide Iran’s weakness, said that removing the current economic sanctions against Iran is one of those conditions.

More interesting is that in the same way to hide this weakness, Iran’s supreme leader Ali Khamenei said on 17 January: “We are even not afraid of negotiations, of course, not with the US, but we don’t fear to negotiate with others. Negotiation not in a weak state, but in a state of strength and power.”

The fact is that the mullahs’ economy is completely stagnant. The regime is on the verge of economic crises on the one hand and growing popular protests on the other, and there is no way out of this deadlock.

US President Donald Trump in a tweet answered the Iranian official and said: “Iranian Foreign Minister says Iran wants to negotiate with The United States, but wants sanctions removed. @FoxNews  @OANN No Thanks!”

Mojtaba Zolnouri, head of the Iranian parliament’s national security commission: ‘Why the government should beg to negotiate with the US from a hardship position.’

Kayhan daily: “America is assassinating and Zarif is talking about the possibility of negotiations.”

Farhikhtegan daily 26 January: “He (Zarif) should know very well that if America would step back so easily, it wouldn’t come so far.”

Amir Hossein Ghazizadeh Hashemi, MP: “Which country’s foreign Minister are you, Mr. Zarif? Which nation? Which government? This nation wants revenge on the killers of Haj Qassem … don’t you have modesty?!”

Hassan Kamran, MP: “If Mr. Zarif has said that, he must repent.”

And Hossein Shariatmadari, managing editor of Kayhan, said to Zarif: “Mr. Zarif! If possible, Mr. Trump will accept your advice and repent! And lift the sanctions! Then what are you going to negotiate with the US about? The topic has been repeatedly stated by the United States in hundreds of languages, stopping the Iranian missile industry and giving up support for the resistance front! (i.e. Iranian-backed proxies in the Middle East)”

Zarif points to the European countries while losing the appeasement policy led by these countries and accused them of “kneeling before America” and said: “For the Europeans, this is a disaster that they accepted to be under the control of America.”

But the truth here is another thing, the regime fears the activation of the trigger mechanism.

The Siasat Rooz daily on 15 January wrote: “Europeans, instead of responding to their unfaithfulness to the JCPOA, apply the trigger mechanism aimed at psychological operations against the nation so that they may be able to bring Iran to the negotiating table over defense capability.”

On the same day, in an article titled “Fundamentals of Madness Strategy,” Vatan Emrooz wrote: “America thinks – and seems to have persuaded Britain to some extent among Europeans – that it can put pressure on Iran in a so-called ‘state of emergency’, to a position where increasing pressure is virtually impossible. The most important reason, in my view, is the absence of Hajj Qassem Suleimani. Americans have probably calculated that without Hajj Qassem, Iran’s regional program as the main balancing factor for the strategic equation with the West would rapidly weaken, and thereby Iran will lose its most important tool of responding to the US strategy and confronting Western maximum pressure.”

But the truth is that the Iranian regime is losing everything, and these signals are nothing other than the signs of inability and surrender. For the regime, negotiating in these circumstances is nothing but accepting crawling with bloody knees to the negotiating table.