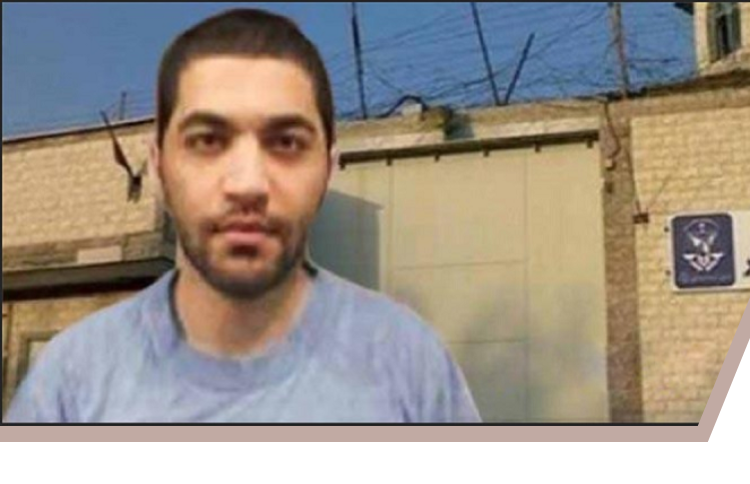 On February 13, a political prisoner Hamzeh Darvish (Talesh) wrote a letter addressing the Iranian people about the scheduled parliamentary elections on February 21.

The 25-year-old political prisoner is from Talesh district in Gilan province, northern Iran. He was sentenced to 15 years in prison and has passed three years of this inhuman sentence so far. Hamzeh is held in the seventh ward of Rajaei Shahr prison and exposed to severe physical and psychological pressure by the prison guards. Following is his letter to the people of Iran:

“I won’t vote, because I don’t want to be complicit with an authoritarian rule in employing oppression and tyranny, and committing crimes.

“A while back, the leader of the Islamic Republic Mr. [Ali] Khamenei made public remarks about the elections. ‘[There is no problem] if someone doesn’t like me, [but] they should vote if they love Iran,’ Khamenei said.

“The remarks seemed to beg the people and provoke their emotions and feelings for the country. However, taking advantage of and exploiting the people’s patriotic passion for their homeland is unacceptable in political, religious, and human terms.

And given the call of conscience after witnessing four decades of suppression, crime, and tyranny, it is impossible to describe the people’s non-participation in the formality, appointed elections as their lack of love for their country.

“Inviting for participation in elections is only a big deception and misuse of the people for propaganda purposes that have no benefit for citizens except the continuation of the crackdown on [national] protests.

During recent years, the Islamic Republic seriously pursued such a formality ceremony for publicity. In this context, [the regime] needs to these media maneuvers to hold and preserve its dictatorial system in power.

“Because [rulers] will realize that the people’s non-participation in elections is synonymous with the end seal on their dictatorship’s legitimacy.

“However, my main argument is that my non-participation in the elections doesn’t mean that I do not love Iran;

– I don’t vote, because I don’t want to be complicit with an authoritarian rule in employing oppression and tyranny, and committing crimes.

– I don’t vote, because I don’t want to be complicit with an authoritarian rule in blind terrors and unjust, mass executions.

– I don’t vote, because I don’t want to be complicit with and support thieves and embezzlers who rule an authoritarian system.

– I don’t vote, because I don’t want to be complicit in the crimes against innocent women and minors in Syria and Iraq.

– I don’t vote, because ethnic and religious minorities enjoy no basic citizenship rights.

– I don’t vote, because [contrary to the regime’s founder Ruhollah Khomeini] neither water nor electricity and [transportation services] has been offered to the people for free.

“Participating in elections religiously and humanly means endorsing, confirming, and being complicit in all the oppression, tyranny, executions, plundering, embezzlements, injustice, and [the blood of innocent people].

“In this respect, I urge the dear people of Iran, particularly religious and ethnic minorities who have borne most of the tyranny of the Islamic Republic [‘s regime], to boycott the February elections in defending of citizenship rights and upholding their human principles.

Due to participating and inviting for ‘elections’ after four decades of lie, trickery, imposture, deception, and hollow promises are synonymous with insulting human dignity and national identity. [Therefore,] non-voting is the best and least protest against the dictatorial rule of the Islamic Republic.”

Iran to “blow up heart” of Israel if attacked: official

Reuters: Iran would "blow up the heart" of Israel...

By Jubin Katiraie The nationwide teachers’ strike in Iran...