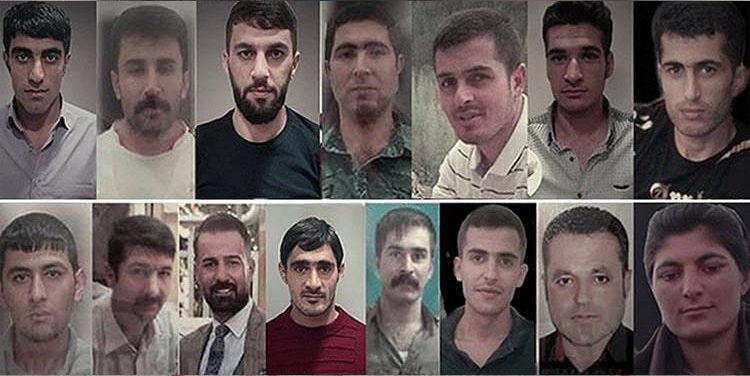 On February 18, the Persian edition of the Kurdistan Human Rights Network reported that 17 Iranian Kurdish political prisoners called on the Iranian people to boycott the parliamentary elections on February 21.

These political prisoners who are held in Urmia, Khoy, and Kashmar prisons signed a joint statement addressing the people across the country.

The following are parts of the statement published by the Kurdistan Human Rights Network:

“While domestic and international policies of the Islamic Republic of Iran have dealt with an impasse and [the regime] fled in the crisis of legitimacy, on the eve of the elections, it’s up to the people to persuade them for voting. [The regime] truly reaches out to the people to participate in the vote and aid authorities to rescue the broken ship [of the religious fascism] without considering their historical memory.”

Notably, the Iranian government severely responded to people’s peaceful protests in recent years. In late 2017, the people in many major cities such as Mashhad, Kermanshah, Tehran, Isfahan flooded the streets to protest the systematic corruption and mismanagement that brought the country to the brink of collapse.

At the time, security forces killed at least 50 protesters. Half the death toll was of protesters killed in prison under inhuman tortures, others in the public with live ammunition. Reliable reports said more than 8,000 people were detained by security forces and many of them faced severe sentences under the pretext of “illegal assembly and propaganda against the state.”

In mid-November 2019, according to the minister of interior affairs’ statistics, hundreds of thousands of people took to the street to demonstrate their wrath against hikes in the gasoline price. The supreme leader Ali Khamenei made public remarks and ordered his forces, including the Revolutionary Guards (IRGC), to do whatever it takes to quell protests that engulfed more than 190 Iranian cities and towns.

Then, IRGC agents took the wheel of suppression and conducted the bloodiest crackdown on the people since the establishment of the Islamic Republic regime in 1979.

As a result, the IRGC employed snipers, heavy machineguns, armored vehicles, and helicopters to suppress the nationwide protests. They murdered more than 1,500 demonstrators, injured around 7,000 people, and arrested at least 12,000 others. Lifeless bodies of disappeared protesters are still found in canals, streets’ margins, rivers, etc.

In January, after three days of secrecy about the reason for the Ukrainian airliner crash, the commander of IRGC’s Aerospace Force eventually admitted to the IRGC’s anti-aircraft system in downing the airliner. The admission prompted the public anger against the government’s crime and definite lies about the real reason for the crash.

Many students and people in solidarity with families of 176 victims of the downed plane held anti-government rallies. Security forces harshly reacted to the people’s sympathy with victims’ families. In response, youths tore up and torched the posters of Khamenei and the slain commander of the IRGC’s Quds Force Qassem Soleimani.

By Jubin Katiraie Iranian dictatorship is being put under...