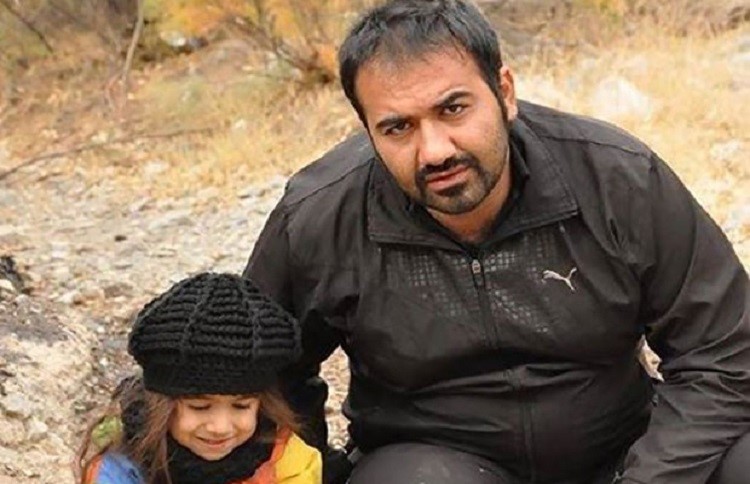 The political prisoner went on a hunger strike again on 3 April, after a brief hiatus. He stated that the reason for recommencing his hunger strike was the violation of his rights, the double oppression, and misconduct by the officials. He wrote:

“I did not commit any crime. The duty of a journalist is to express the truth and reflect the problems of the people, especially the suffering of the society, and I just did my duty and was the voice of the oppressed, I protested against injustice.”

He sent a message on the ninth day of his hunger strike.

The full text of the message is as follows:

Subject: Separation and classification of prisoners based on the type of crime

Crime: Propaganda activity against the system through information, enlightenment through awareness with cameras and pens, with the aim of combating oppression, corruption, discrimination, violence, human rights violations, freedom of speech, freedom of religion, fighting scrutiny, ignorance, regression, and dogmatism.

Status: Soheil Arabi is a very dangerous security criminal who understood reality and tried to inform others and always reflected the realities. Therefore, in the eyes of the officials, he is the most curious and stubborn reporter in the world, and his intellectual products are always feeding the media with the news, which the officials call rebellious and strange. These days, he has been imprisoned in Ward 3 of the 5th Hall of Greater Tehran, which, according to the prisoner classification scheme, is allocated to financial criminals.

Of course, even from the point of view of the social worker and the head of the maintenance brigade, this political activist, who is considered a dangerous security criminal by the interrogator of the Sar-Allah base, according to the charges, is being treated contrary to the regulations of the Organization for Security and Educational Measures (Prisons).

But it seems that an interrogator has even more authority than the leader of this government and can take extrajudicial actions.

In a live interview with the public yesterday, Seyyed Ali Khamenei announced that injustice, divisions, contradictions and class differences, corruption and inequality have polluted the world.

Soheil Arabi would like to ask him why he has not reacted to all the oppression, corruption, discrimination, inequality and injustice that are taking place in the country under his rule and near him? Doesn’t he know them, or doesn’t he want to know? Does he want to break this class divide?

Does he know and want to fight oppression, corruption, and injustice? Or, conversely, is he the main cause of these injustices and crises?

I assume he doesn’t know. Because all his focus has been on proving the theory of the Wild West and the enemy.

So, I only write about discrimination and injustice, divisions, contradictions and class differences in this ward, in which I am now imprisoned.

Here is Ward 3 of the 5th Hall, in which all the prisoners except me were sentenced to imprisonment for committing material and financial crimes. It is an award that has more and better facilities than the wards around us, and all the facilities have been provided by a number of very rich prisoners who are in prison for embezzlement, most of which are government officials.

Many of these facilities were purchased for the convenience of the prison authorities. For example, a few days before the beginning of the month of Rajab, one of the rich prisoners purchased more than 600 million tomans worth of the Quran, Nahj al-Balaghah and other religious books, the purchase of a pulpit, a carpet and a digital calendar for the Hosseinieh.

This person spends more than 2 million tomans a week on food, mineral water, fruit and wages for his servants. Meanwhile, there are people in the same ward who are in prison due to their inability to pay 6 million, 10 million, 15 million and much less, and this shows the gap and class differences among the citizens of this society.

The fact that a prisoner employs another in exchange for a few packs of cigarettes, which cost him less than 50,000 tomans a week, is an example of inequality and injustice and reminds us of the era of slavery and feudalism.

Many financial convicts failed in their business due to the country’s economic crisis and did not intend to commit a crime. Like political prisoners who just wanted to rebuild their country and didn’t want to be guilty.

Therefore, keeping them in prison not only harms themselves and their families but also brings irreparable harm to the whole community. However, by imposing restrictions such as banning them from leaving the city, we can give our fellows a chance to work and repay their debt.

Obviously, such prisons achieve nothing but harm. Especially for people who are not criminals and were businessmen, or critics. Especially in this prison where having newspapers and books is a dream for prisoners. But you can find many types of drugs here.

Also, our lives are more at risk due to the outbreak of the coronavirus and forcing the prisoners to live in a tight and closed situation. One day of imprisonment in this prison is equal to one year of imprisonment in Evin or Gohardasht prison. Here is not like a rehabilitation center and is more likely a torture center.

Although it has been said many times that no one should be punished for different criticisms and beliefs, hundreds of writers, photographers, journalists, dissidents, teachers, students, and innovators are imprisoned in various Iranian prisons on false charges such as propaganda or community activities against the regime.

I hope that our voices will be heard and that we will not have to give our lives to achieve our demands.

AP: Germany, the European Union and a major human...

AFP: Iran suspects them of spying, but friends of...