Iran: 30,000 People at Risk of Contracting Coronavirus After Easing of Social Distancing Rules 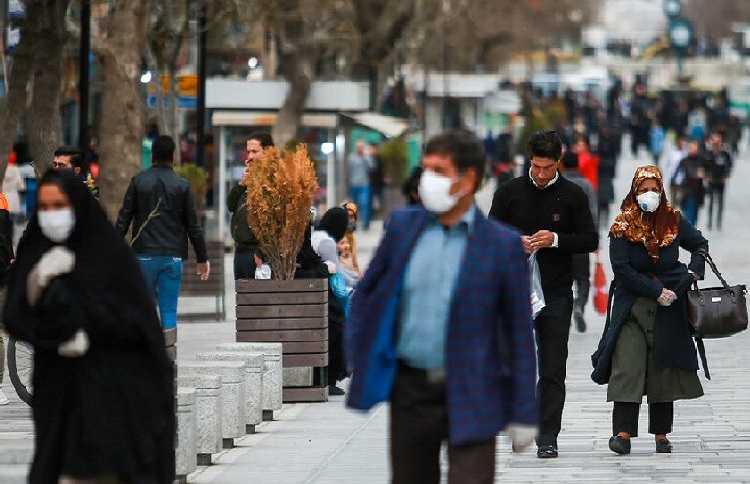 According to the Iranian Health Ministry’s officials, the novel coronavirus can possibly continue to spread in Iran during autumn and winter.

Additionally, an obtained report from this ministry revealed that the coronavirus death toll may increase to 30,000 until early May preemptive measures like social distancing are loosened. Notably, the Iranian government relentlessly tries to conceal the real number of fatalities to justify its terrible failure to contain the deadly virus.

On April 11, Deputy Health Minister Iraj Harirchi claimed that according to existing predictions, “the coronavirus outbreak will diminish in mid-April, but cases won’t be brought down to zero.”

In tandem with these remarks, the epidemiology committee of the Health Ministry released a report about the next wave of the virus. The report says, “[The country] will probably face a stronger wave of disease in the next autumn and winter.”

“The first peak of [the COVID-19] was in early April. It’s precedented that the death toll reaches 16,000 by mid- June,” the report added. According to the Mojahedin-e Khalq, the real figure of mortalities had already surpassed 27,000 people in 267 cities on April 12.

The report of the epidemiology committee of the Iranian Health Ministry warned that “In case of reducing the social distancing and changing the epidemic behavior, we would witness the transportation of peak to earlier June and increasing the death toll to 30,000 citizens.”

Remarkably, the Iranian government didn’t shut down governmental offices and rejected travel restrictions. On the other hand, the Health Ministry’s officials frequently express their concerns about growing urban commutes.

Furthermore, allies of President Hassan Rouhani criticize him for negligence and inability over containing the COVID-19 illness. A “reformist” member of the Parliament (Majlis) Mahmoud Sadeghi blamed Rouhani for refraining from “closing offices” and “controlling the coronavirus outbreak.”

The report also mentioned that in several areas like Qom, Gilan, and Kashan, “the disease explosively began to spread and had an increasing rate for three weeks, then it leveled.”

In January, since coronavirus emerged in Iran, the government persistently rejected news about the disease and kept people in the dark. In this respect, the ayatollahs’ oppressive apparatus detained several social media activists under the excuse of spreading panic. Rulers dealt with doctors’ warnings with negligence and indifference.

This criminal secrecy resulted in unbelievable consequences and contagion among ordinary people. Even several officials have contracted the virus and have died of the infection. However, the supreme leader Ali Khamenei and President downplay the most important health crisis yet. Khamenei blamed “demons” for conspiracy against the Islamic Republic’s stability.

Additionally, Rouhani’s order for resuming economic activities put the society at risk of coronavirus. The government displayed that it prioritizes the country’s economy rather than citizens’ lives and health.

Iran: Ayatollahs Are Concerned About Post-Coronavirus Era While the Country Has Yet to Pass the Peak

AFP: A prominent US senator criticized China on Saturday...

US: Iran must cooperate with UN watchdog

AFP: The White House said Monday that it was...